The week that was: BTN.com's top 10 stories 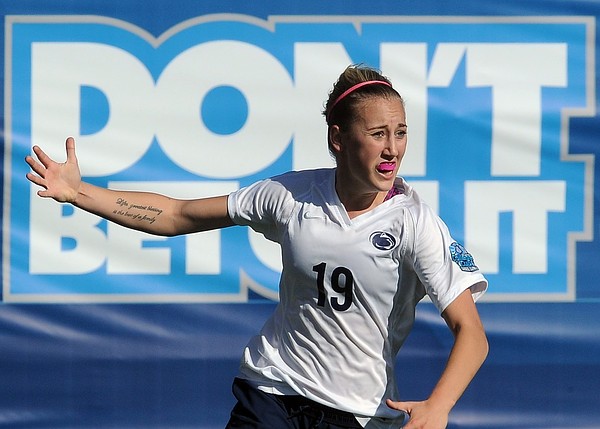 It was yet another busy week of Big Ten sports, with the ACC/Big Ten Challenge, the 2012 Big Ten Football Championship Game and the Penn State women's soccer team playing in its first NCAA title game. Come check out the top 10 most-read stories from the week that was.

8. Clothes Call: Check out these Northwestern shoes
When it was announced last week that Maryland was joining the Big Ten, I predicted Under Armour would come up with some crazy uniforms for future Maryland-Northwestern football games. Turns out, we didn?t have to wait until 2014 for it.

6. Did You See This? O'Brien lets out 'Holy Schnikes!'
Coaches never know what questions await them during a postgame press conference. Penn State coach Bill O?Brien knows this all too well following an emotional 24-21 overtime victory over Wisconsin on Senior Day at Beaver Stadium.

5. Debate it: Who plays for the Big Ten title … in 2013?
Nebraska and Wisconsin meet Saturday night in Indianapolis, and BTN.com?s Tom Dienhart and Brent Yarina are there to cover it. So, who will represent the Legends and Leaders a year from now?

4. Dienhart: My All-Big Ten Freshman Team
The freshmen are the future, right? With that, it?s time to unveil BTN.com?s 2012 Big Ten All-Freshman Team.

2. Big Ten expansion: Tell the Big Ten what you think
The Big Ten more news recently when it announced Maryland and Rutgers would become the conference's 13th and 14th members, respectively. Now, for the entire month of December, BTN will discuss the very questions stirred up by conference expansion and we want you tell us where you stand, too.

1. Dienhart: Scouting reports on Huskers, Badgers
The Big Ten title game is almost upon us, and who better to break down Nebraska and Wisconsin than coordinators from other Big Ten schools?