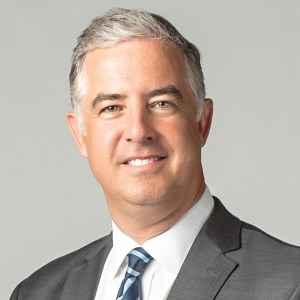 McGillicuddy, a 20-year media executive, previously served as SVP and General Manager of FOX Sports Ohio and SportsTime Ohio. He oversaw all aspects of those channels, including production, programming, advertising sales, marketing and team relations, while also working in conjunction with FOX's affiliate sales and marketing group on distribution matters. Additionally, he managed the company's relationships with the Cleveland Browns, Cleveland Indians, Cincinnati Reds, Cleveland Cavaliers, Columbus Blue Jackets and Columbus Crew. He assumed the GM position in February 2013 and subsequently managed the acquisition of SportsTime Ohio into the FOX Sports portfolio of regional sports networks.

McGillicuddy joined FOX Sports Ohio from FOX's national cable channel SPEED, where he served as Vice President, Finance and Business Operations from 2006 to 2013. Prior to working with FOX, he was an executive at Cablevision Systems Corporation in New York, serving as Vice President, Finance for Rainbow Media regional networks and as Director, Strategic Planning for Madison Square Garden. His work at Cablevision included strategic initiatives for the New York Knicks, New York Rangers, MSG television network and Radio City Music Hall. His background also includes positions with Universal Music Group and The Pennsylvania Shakespeare Festival.

He holds an MBA from Columbia University, an MFA from the University of Alabama, and a BA in Economics from Hobart College. 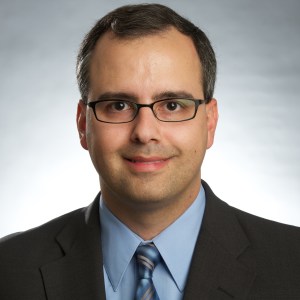 Michael Calderon joined Big Ten Network in February 2007 as its Director of New Media and was promoted in April 2010 to Vice President, Digital & Interactive Media. In July 2012, he added Programming to his list of responsibilities and in December of 2016, he was once again promoted to Senior Vice President, Programming and Digital Media.

Calderon manages all aspects of Big Ten Network's programming and digital media strategy, including BTN.com and social media, and in 2011 was responsible for creating and launching BTN2Go, one of the pioneering TV Everywhere services in the sports industry.

In his various roles, Calderon has also collaborated with the Big Ten Conference office to structure Olympic sports schedules in a way that maximizes TV and digital exposure without sacrificing student-athlete welfare. This resulted in an increase in the number of televised B1G events on Big Ten Network from 418 in 2011-12 to more than 500 in 2016-17 and an increase in the number of streamed B1G events every year. Big Ten Network's subscription-based streaming service, BTN Plus, now streams more than 1,000 events per year.

Over the past several years, the Indiana native has been responsible for the network's digital and social media programming and distribution strategy, including serving as the network's primary contact with social media companies looking to explore distribution opportunities. As a result, Calderon has negotiated content distribution deals with the likes of  Amazon, FloSports, 120 Sports, Campus Insiders, Bleacher Report, Perform Group, Verizon Wireless, CBS Interactive, Facebook, Twitter, Google and others. In his role as SVP, Calderon will also continue to oversee all network programming schedules as well as the BTN Originals team that is responsible for the Emmy-nominated The Journey.

Calderon holds a Bachelor of Arts degree in Telecommunications with a Business minor from Indiana University and completed graduate work in the MBA program and in the College of Mass Communications & Media Arts at Southern Illinois University. 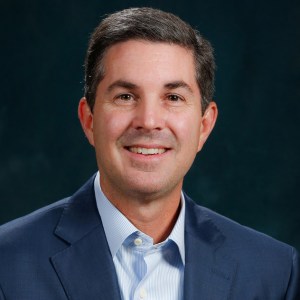 Prior to joining Fox, Hulsey served as the VP, Broadcasting for four years with the NHL's Phoenix Coyotes. While in Phoenix, Hulsey created and oversaw the Coyotes in-house broadcast department. He received a regional EMMY award for the Coyotes telecasts in the first year of the franchise.

His career also includes serving as the Director of Broadcasting for the NHL's Colorado Avalanche and the Denver Nuggets of the NBA.

Hulsey graduated with a degree in Film Studies from the University of Kansas. 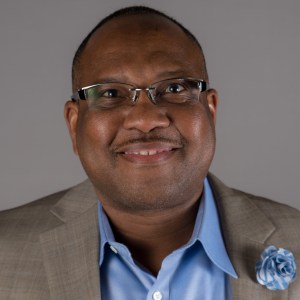 As the VP of studio production, Carter is responsible for overseeing all studio operations, including the creation of new programming, development of on-air talent, execution and increase in studio shows year-over-year and supervising all full-time and freelance personnel.

Carter also oversaw the implementation of studio automation at Big Ten Network, which greatly increased the efficiency of studio production, as well as the successful launch of BTN Tailgate, the network's college football pregame show.

Carter joined the Big Ten Network in July 2007 after serving as the coordinating producer at MSG Network, where he managed the company's programming and content development for various outlets, most notably including, Talk of Our Town, Sportsdesk and NKY Way, a biweekly magazine that showcases the New York Knicks. While at MSG, Carter also served as a freelance associate director for CBS Sports, and worked on The NFL Today, college football and NCAA college basketball productions.

Prior to joining MSG Network, Carter served as coordinating and supervising producer at FOX Sports New York from 2000-2003 where he oversaw studio and field production in addition to managing content, budgets and personnel. Throughout his career, Carter has worked for numerous outlets including serving WNBC-TV, Major League Baseball Productions, ESPN, NEWSPORT, WPIX and WFAN Radio.

Carter graduated from the University of Pittsburgh with a degree in Broadcast Communications. 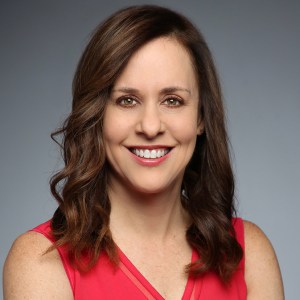 Harvego has also executed several memorable marketing events including the highly successful BTN Big 10k. The race has grown into one of the largest 10k's in the country with over 10,000 participants that come from all 50 states as well as 12 different countries.

Her other campaigns have included creating 8-foot bobbleheads and mascots of renowned Big Ten Icons including Jesse Owens, Drew Brees and BJ Armstrong. She also created an interactive life-sized hologram of former Heisman Trophy winner Eddie George which won several marketing awards including being named by AdWeek as the Best Use of Out Of Home in 2009.

Harvego joined the Big Ten Network in May 2007 after serving as the director of marketing and promotion for Rainbow Sports Networks in New York, a subsidiary of Cablevision. Her responsibilities included oversight of integrated sales and marketing campaigns, consumer marketing, on-air promotions, multi-platform marketing, communications and brand development for Rainbow's several regional sports services. She also managed the communications and marketing strategy for the launch of sportskool, Rainbow sports video-on-demand network. Her public affairs awareness program for sportskool won a 2005 Beacon Award from the Cable Television Public Affairs Association.

An avid triathlete and runner, Harvego has completed 10 Ironman triathlons including qualifying and competing in the Ironman World Championship in Kona, Hawaii. She also qualified and competed in the 2012 Boston Marathon.

She holds a Bachelor of Science in communication from the University of Utah and a Masters of Sports Administration from Ohio University. 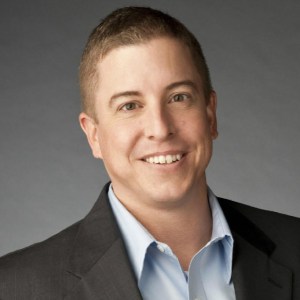 Dave Moll joined Big Ten Network in 2016 as the Director of Business Development, and was promoted to Vice President, Business Operations in June of 2019.  In his expanded role, he continues to oversee all business development opportunities in addition to business operations strategy and management, administration of contracts and travel.

Prior to joining Big Ten Network, Moll was the Senior Director of New Business and Client Services at CBS Interactive. He managed CBS Interactive's client relationships with more than 100 university athletic departments and their official digital platforms and mobile products. Previous to that, Moll spent nearly five years with Turner Sports as part of the NCAA digital management team, with a primary focus on NCAA.com and the award-winning March Madness Live suite of streaming products. 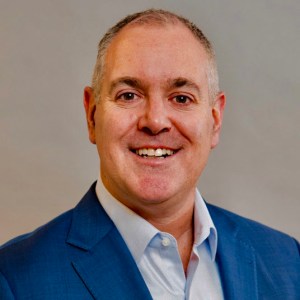 Jack Brown joined Big Ten Network in 2019 as the vice president of ad sales with over two decades of experience. In his role, Brown is responsible for providing leadership and strategic direction to the Big Ten Network sales team, with staff in both Chicago and New York.

In addition to Big Ten Network's own media assets, Brown oversees the multimedia, marketing and corporate partnership opportunities associated with Big Ten events such as the Big Ten Football Championship Game and the Men's and Women's Big Ten Basketball Tournaments.

Prior to joining Big Ten Network, Brown served as vice president of network and digital sales at NBCUniversal, where he managed a national sales team and led Telemundo's advertising efforts which included properties such as the NFL, FIFA World Cup and the Olympics. He also oversaw strategy for revenue growth, business development and client partnership for a team of a dozen employees while focusing on creative solutions for partnership and growth associated with numerous Fortune 500 companies.

Brown began his career at Turner Broadcasting in New York, working his way up through various roles including as a sales assistant, sales planner, research analyst and associate account executive. He began as an account executive at NBCU in 1999, before being named as vice president in 2008. 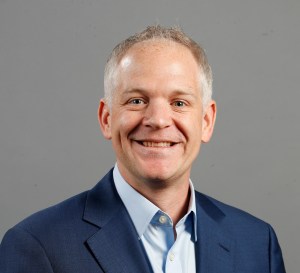 Alex Bertsche joined the Big Ten Network in 2010 as an associate director and game producer and was promoted to vice president in 2022. In his current role, he oversees BTN's game coverage of Football, Men's Basketball, Men's Lacrosse, Softball, Rowing & Water Polo. During his tenure at BTN, Bertsche has been responsible for the network's coverage of 13 different sports.

In addition to his oversight of games, Bertsche also leads BTN's StudentU initiative, which produces over 1,500 streamed broadcasts a year on B1G+, as well as BTN NOW, a teaching program that aims to identify top students from the 14 Big Ten universities and provide them with in-depth training for a career in sports television.

Bertsche is an Emmy Award-winning producer with over 20 years of experience in sports television, whose career in TV began as a 'runner' for CBS Sports during his freshman year of college. Following graduation, he was hired into the research department at CBS Sports before working his way up to Associate Producer/Associate Director in his 9+ years at the network.

A 2-time national Sports Emmy Award winner for his work on the NCAA Men's Basketball Tournament and 11-time nominee, Alex graduated from Syracuse University with a B.S. in Television, Radio & Film.