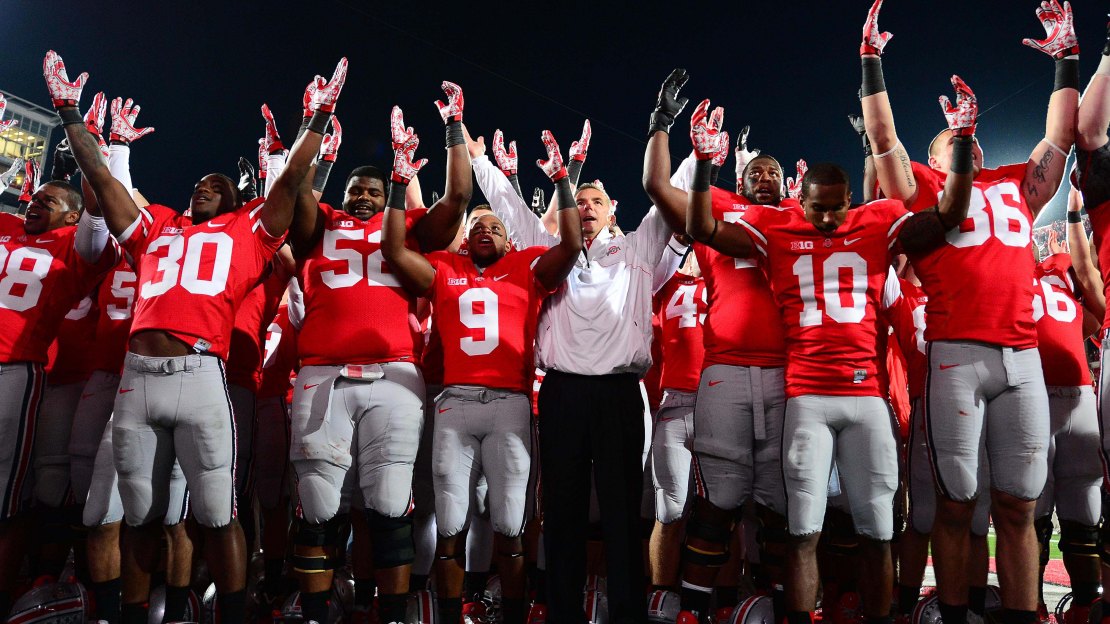 Six weeks in the books, six weeks to go in the 2012 Big Ten football regular season. See BTN.com's top 10 most-read stories of Week 6 in this post.

10. Dienhart: "I'm not sure if anyone can beat Ohio State"
Throughout Saturday?s Week 6 action, BTN.com senior writer Tom Dienhart offered his Snap Reactions to all the Big Ten games. See what Dienhart had to say about Ohio State?s impressive and prolific 63-38 victory over surging Nebraska in this post.

9. Here's the coolest Big Ten video you'll see today
Earlier this week we pointed out some pretty cool sneak peek videos from our upcoming show ?The Journey 2012,? but the video in this post is worth watching and sharing with any Big Ten fans you know. It?s the opening to Wednesday?s season debut, which airs at 7:30 p.m. ET, and it?s gorgeous.

8. Ohio State stay perfect, rolls Nebraska, 63-38
Braxton Miller rushed for 186 yards, zig-zagging 72 yards for one score and passing for another, to lead No. 12 Ohio State past No. 21 Nebraska 63-38 on Saturday night before the largest crowd ever at Ohio Stadium.

6. Revsine's Numbers: Nebraska offense dials it up
This week?s college football slate is nothing short of phenomenal: Georgia-South Carolina, LSU-Florida, and West Virginia-Texas are among about a half dozen intriguing games. The Big Ten has its share of good ones, including a match-up of ranked teams in Columbus, as Nebraska visits Ohio State. It seems as good a place as any to jump into this week?s ?Numbers.?

5. Week 6: We predict all five Big Ten games
Every week, BTN.com?s Brent Yarina (@BTNBrentYarina) and Tom Dienhart (@BTNTomDienhart) offer their predictions for each Big Ten football game. We also provide a poll for all of the games so fans can vote for their winners.

4. Power Rankings: Wolverines moving on up
How about them Wolverines? Michigan went into West Lafayette and dominated a pretty good Purdue team Saturday afternoon. The performance was exactly what Michigan needed in its first action since struggling at Notre Dame. But what did the 44-13 victory do for the Wolverines? stock in my latest Power Rankings?

3. Clothes Call: Piping or no piping, Michigan?
We?re always interested in the latest fashion trends across the Big Ten, and it?s of particular interest every Saturday during the fall. On Saturday, one of our show producers noticed something rather interesting about Michigan?s uniform for its Big Ten opener at Purdue.

2. Week 6 Bowl Projections: Illinois off latest list
Five weeks are in the books, and the bowl picture is coming into a bit sharper focus ? a bit. To review: The Big Ten has tie-ins with eight bowls-but it has only 10 bowl-eligible schools, as Penn State and Ohio State are on NCAA and banned from the postseason in 2012.

1. Purdue basketball uniform gets makeover
Purdue fans were not sold on the new logo Nike recently gave the school?s athletic teams. That being the case, they may have an issue with the basketball team?s new uniform. They shouldn?t be surprised, though, considering the football team?s 2012 duds feature the updated train.