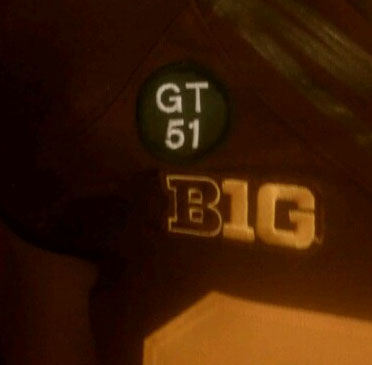 Already debuting new football uniforms for the 2012 season, the Minnesota Gophers also will introduce a pair of new patches to their jerseys. Like the rest of the Big Ten, the Gophers will don the rectangular "B1G" logo patch on their jerseys. Above the conference-wide patch, they will honor late former teammate Gary Tinsley with a black circular patch that reads: "GT 51". @GopherGridiron tweeted a picture of the patches, and you can see them in this post.

Tinsley was found dead in his campus apartment April 6. He was 22. A four-year letter winner who started all 24 games his final two seasons, Tinsley was No. 2 in total tackles last season (87) and finished his career with 198 tackles.