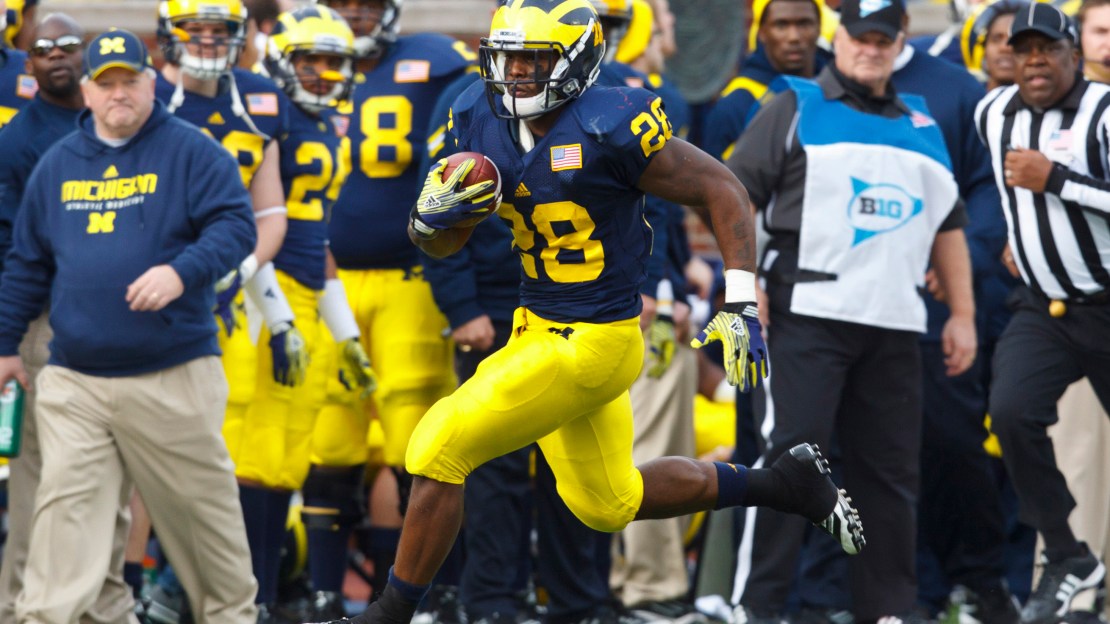 The NCAA men?s basketball championship game is Monday night, but here at BTN.com, our fans already have crowned the 2012 Big Ten Football Uniform Bracket champion. And the winner is Michigan, the top seed in the field. The Wolverines toppled No. 5 Iowa in the title matchup. See the final tally for the championship tilt in this post and check out all of the tournament's matchups: Finals | Semis | Quarters | First round.

Biggest upset: No. 10 Illinois over No. 3 Ohio State, Round 1 – I determined the seeds, which could mean I like the Ohio State uniform more than most, but this result shocked me. Something tells me the Michigan fans played a role in this somehow, someway.

Surprise team: While No. 5 Iowa made an unexpected run to the championship matchup, the most surprising run has to go to No. 9 Purdue, which lost to Iowa in the semifinals. I fully expected fans to vote Nebraska over Purdue in the opening round. Didn't happen. And the Boilers went on to beat upset-minded Illinois in the quarterfinals, too.

Overwhelming conclusion: No uniform in the Big Ten is more polarizing than Penn State's iconic duds. People either love them, praising the rarely touched classic look, or hate them, calling them junior high uniforms. Seeing as how Penn State was the No. 2 seed, I subscribe to the former. It's a simple look, yes, but it always looks great. Throw in a sunny fall day at Beaver Stadium, and, for whatever reason, these simple uniforms look even better.