Power Rankings: There's a new No. 2 team this week 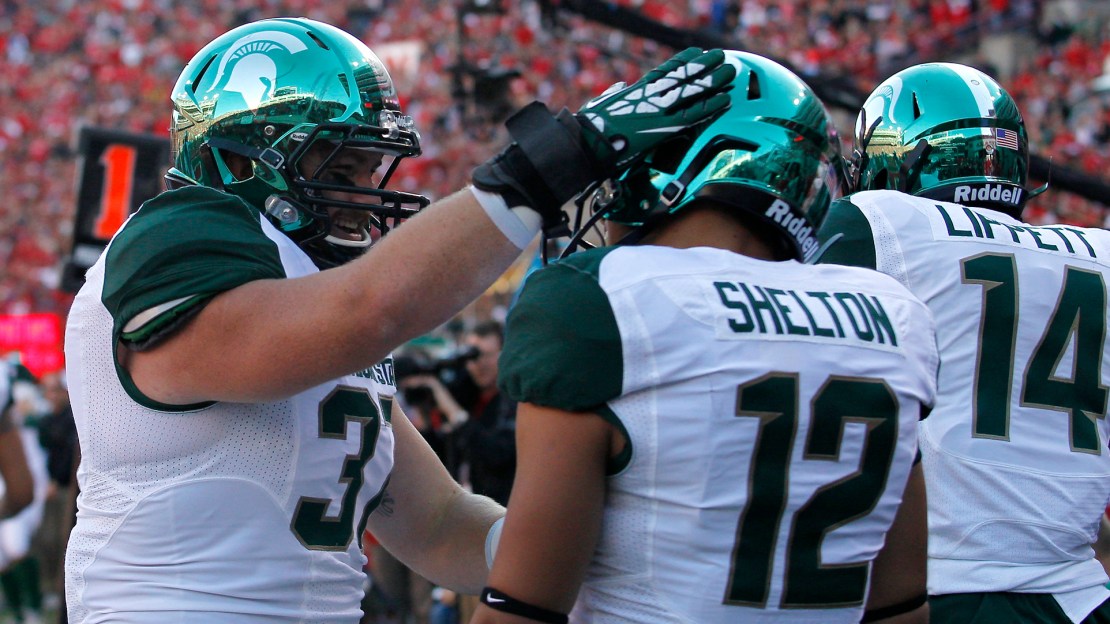 Ohio State remains on top with another impressive victory, but I finally am moving Michigan State past Wisconsin and into the No. 2 spot in my power rankings. Yes, that win at Nebraska was that vital. Sorry, Wisconsin. Without a doubt, there seems to be a big drop between the top three teams and everyone else.

1. Ohio State (10-0, 6-0). Yes, the Buckeyes let Illinois get a bit too close in the second half. Still, this was another dominating effort for the Buckeyes. I?m starting to lose count.
Last week: 1
Next: Indiana

2. Michigan State (9-1, 6-0). The win at Nebraska was the signature victory that had been missing from the Spartans? resume. Read my game column. This team looks headed to a showdown with Ohio State in the Big Ten title game. I can?t wait.
Last week: 3
Next: at Northwestern

3. Wisconsin (8-2, 5-1). The Badger offense is very impressive. But the defense may be even more impressive this season. That effort vs. Indiana was incredible. Is Gary Andersen Big Ten Coach of the Year? Hmmmm.
Last week: 2
Next: at Minnesota

4. Minnesota (8-2, 4-2). The Golden Gophers are one of the hottest teams in the Big Ten, winners of four league games in a row for the first time since 1973. Will the bye week kill their mojo?
Last week: 4
Next: Wisconsin

5. Nebraska (7-3, 4-2): If not for five turnovers, the Cornhuskers may have toppled Michigan State. Now, how will the team respond to two challenging season-ending games-at Penn State and vs. Iowa?
Last week: 5
Next: at Penn State

6. Iowa (6-4, 3-3). The Hawkeyes got bowl eligible last week. Now, they had a bye week to make a push for better postseason destination. Beat Michigan and/or Nebraska, and this suddenly becomes a pretty good season in Iowa City.
Last week: 6
Next: Michigan

[ MORE: How did we do? Week 12 Big Ten predictions revisited ]

7. Penn State (6-4, 3-3). The victory over Purdue was another workmanlike effort that shows just how much Bill O?Brien is maximizing the talent on this thin roster.
Last week: 7
Next: vs. Nebraska

8. Michigan (7-3, 3-3). If ever a team needed a victory, it was the Wolverines. And, they got that needed ?W? in triple overtime at Northwestern. Was it pretty? No. But it?s a positive step moving forward with two tough games left.
Last week: 8
Next: at Iowa

9. Northwestern (4-6, 0-6). It?s one stunning loss after another for a Wildcats team that can?t seem to catch a break. NU has lost two overtime games, another by three points and one on a Hail Mary.
Last week: 10
Next: vs. Michigan State

10. Indiana (4-6, 2-4). Just when you thought the defense couldn?t be any worse, it is. But the offense also was muted in an ugly loss at Wisconsin in what was the Hoosiers? worst effort of the season.
Last week: 9
Next: at Ohio State

11. Illinois (3-7, 0-6). The Big Ten losing streak has reached 20. And it?s the longest such skein in the nation now that Kansas has notched a conference win.
Last week: 11
Next: at Purdue

12. Purdue (1-9, 0-6). That?s eight losses in a row for the Boilermakers, but the passing game is showing some life. The rest of the team? Not so much so. But the last two games will afford a chance finally to taste Big Ten victory.
Last week: 12
Next: vs. Illinois