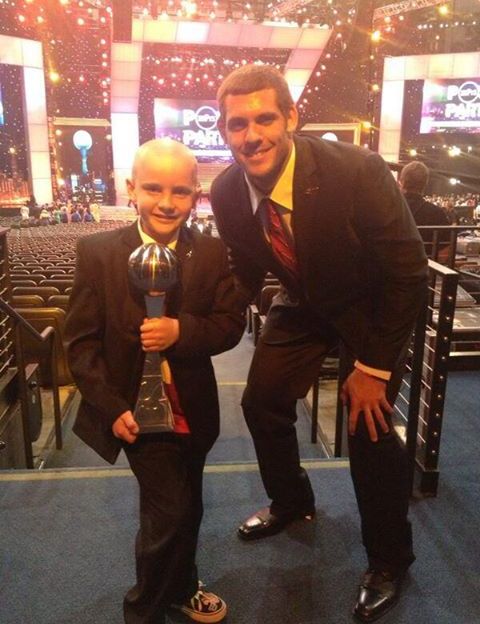 Nebraska could use some good news after the last couple of days, and here's something everyone can feel good about: South Dakota State's coaching staff is expected to wear hats Saturday in support of Jack Hoffman, the young Nebraska fan who is battling brain cancer.

By now, most Big Ten fans know Hoffman's story. We first heard about the young Huskers fan last season, when then-Nebraska running back Rex Burkhead formed a special friendship with him. Then, this spring, Hoffman, decked out in a Nebraska uniform, ran for a long touchdown in the Red-White Game.

The video, of course, went viral, and Hoffman became a hero. He had a drawing made of him. He was given his own Upper Deck trading card. He met the President. And, he went on to win an ESPY.

Why did the Jackrabbits decide to do the classy gesture? Well, according to @HuskerExtraBR, Hoffman's parents, Andy and Bri, both went to South Dakota State.