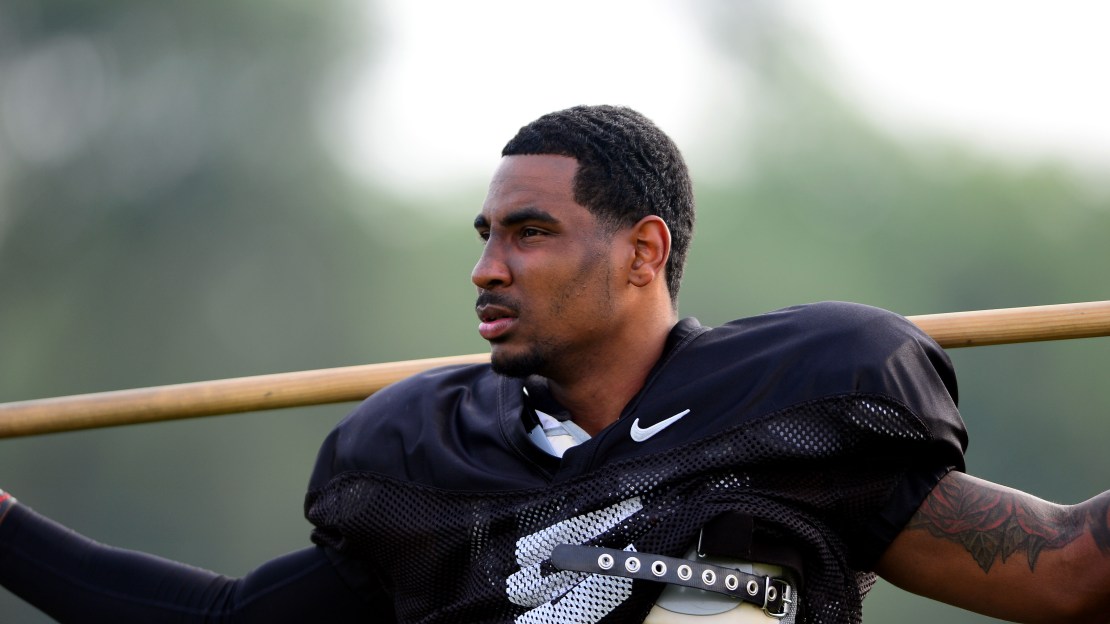 Each week, I will rank the Big Ten teams 1-12. This is the first edition of my Power Poll, presented by ArcelorMittal.

1. Ohio State. The Buckeyes are the bellwether, carrying the Big Ten?s water when it comes to being a national title contender. What do I like? Where do I begin? How about with a loaded offense led by the Big Ten?s best player in QB Braxton Miller? Not bad, huh? The skill positions spill over with veteran talent. Yes, the front seven on defense has been retooled-but that?s a good thing, considering this defense ranked just sixth in the league in 2012. So, it?s the Buckeyes? world-and everyone else is just living in it.

2. Nebraska. The Cornhuskers enter 2013 with a chip on their shoulder and the best offense in the Big Ten. Throw in a cushy schedule and–Voila!–you can see why I like this team to repeat as Legends Division champs. The defense? I know, I know. The tire tracks Wisconsin left are still visible. But this unit has something to prove-and I think it will with a batch of talented players along the front seven. Get to know players like Jared Afalava, Randy Gregory, David Santos and Greg McMullen-among others.

3. Michigan. There is no team that?s better coached, with offensive coordinator Al Borges and defensive coordinator Greg Mattison setting the pace. Bottom line: This team won?t beat itself. Plus, the Wolverines are accumulating talent-albeit most of it is young. What?s it all mean? Michigan may be a year away from really big things. Still, with quick maturity, the Wolverines could win the Legends.

4. Northwestern. If I?ve typed it once, I?ve typed it 1,000 times: This may be the best Wildcats team in ? forever. It?s all there in Purple and White, America. The quarterbacks, receivers, running backs are among the Big Ten?s best. But it?s the defense that has me stoked. I never have seen this much size, speed, athleticism and studliness in Evanston. I?m not sure the 1995, 1996 or 2000 Wildcats could have beaten this team. Who am I kidding? No way it happens. NU could just win this whole deal in 2013. But the biggest issue? The 10,000-pound schedule.

5. Wisconsin. Pardon me, Badgers, while I fawn over other Big Ten teams. I know you have gone to the last three Rose Bowls and have been the Kings of the Big Ten. Maybe I should pay more heed to that resume as the program turns the page to the Gary Andersen era. But a lack of pop on offense (passing game) concerns me. And the retooled and thin secondary is worrisome.

6. Michigan State. I?ll admit it. I?m guilty as charged, guilty of overlooking the Spartans. I wanna give Michigan State a big hug and hoist the Spartans onto my shoulders. But, it?s the offense that keeps me from celebrating Michigan State. Is there a capable quarterback? Have the receivers invested in some stick ?em? Is there a running back in the house? Hello? I love the defense. In fact, it is the top D in the Big Ten. But it needs some support from the glamor boys on offense.

7. Penn State. The Nittany Lions walked a tight rope last season, balancing a thin, delicate roster compromised by NCAA sanctions and squeezing out an improbable 8-4 mark in Bill O?Brien?s debut. The potential is there again for an encore, but will the Injury Gods again smile kindly on the Nittany Lions? Oh, and will the new signal-caller capably lead-and avoid blunders–what otherwise is a veteran offense?

8. Indiana. Don?t look now, but Kevin Wilson has the denizens of Bloomington postponing basketball talk-at least for a few weeks. There is real, actual anticipation for football in southern Indiana. The Hoosiers may have what it takes to reach just their second bowl since 1993. (Yes, you read that correctly.) The offense will be among the league?s best, the schedule is manageable and the defense ? did I mention that Indiana has a REALLY good offense?

[ RELATED: Check out all the new Big Ten helmets and uniforms for 2013 ]

9. Minnesota. By now, you have read about the magic Jerry Kill performed in Year Three at his last two coaching stops-winning 10 games at Southern Illinois and then 10 at Northern Illinois. I?m here to say: Stop it. Yes, Kill is making strides in Dinkytown, but this isn?t a 10-win team. In fact, the affable Kill has his best team since arriving in 2011-but it may not show up in the won-loss record because of a tough Legends Division. Still, count on Minnesota getting that elusive ?signature win? for Kill this fall.

10. Purdue. I could go negative here-and yammer about talent gaps and an absolutely brutal schedule–but I?m gonna stay positive. And the biggest positive is new coach Darrell Hazell and his staff. Sloppiness and spotty effort no longer are tolerated. Discipline and accountability are in vogue in W.L. Get on board, or get out. And that?s a good start and should help the Boilermakers be competitive in most of their games-and win a few, too. Tomorrow looks bright.

11. Iowa. There?s grumbling, grousing and groaning from Hawkeye Nation. Understood. The wins have gone from 11 in 2009 to eight, seven and-gulp-four last season. So, it?s become popular to pile on Kirk Ferentz and his Hawkeyes. Fair enough. But know this: Ferentz often does some of his best work when little is expected. The Expectation Meter is barely registering along Melrose Avenue. But if the new go-go offense takes off and a passing game develops, the Hawkeyes could be an interesting team.

12. Illinois. Look, there is no other way to characterize Tim Beckman?s debut: He bombed. Illinois went 2-10 in 2012, losing its last nine games. Overall, the Fighting Illini have lost 14 Big Ten games in a row. But, as we know, America loves an underdog. And that?s exactly what Beckman and Illinois are this fall. I like what he did with his staff, highlighted by hiring offensive coordinator Bill Cubit. Hey, it?s a step in the right direction for Beckman and Illinois, which needs to continue to lay a solid foundation.