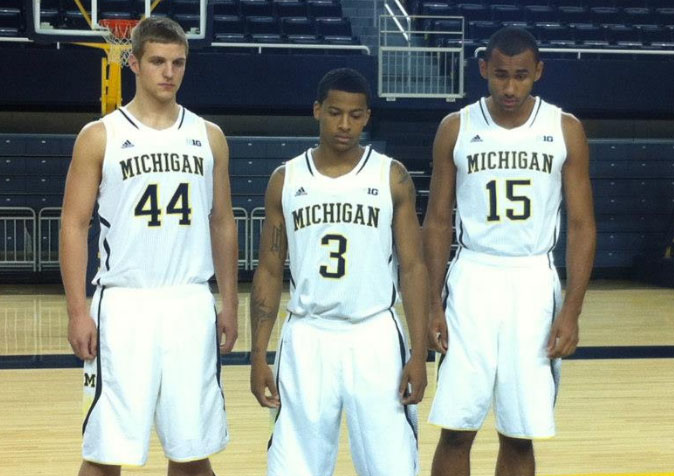 Let's start with the jersey. It's not a big change from the old one, aside from a few minor tweaks. The biggest differences include: Maize and blue piping on the shoulders (seen better here), a thick blue stripe down the sides, which align with stripes on the shorts, a new collar (last year's collar) and a larger blue plate on the back of the neck (smaller old look). Oh, and we can't forget the required "B1G" patch on the upper left chest.

As for the shorts, they're, um, interesting. The right side of them is fine, but the left side features a 1990-ish, Andre Agassi-type paint splatter look (see photo below).

Ya, I miss AA, but glad I'm not wearing those new jerseys, WOOF. What's with the speckled powerpoint transition look on the shorts, Adidas?

Per usual, Michigan also will have blue and maize uniforms.