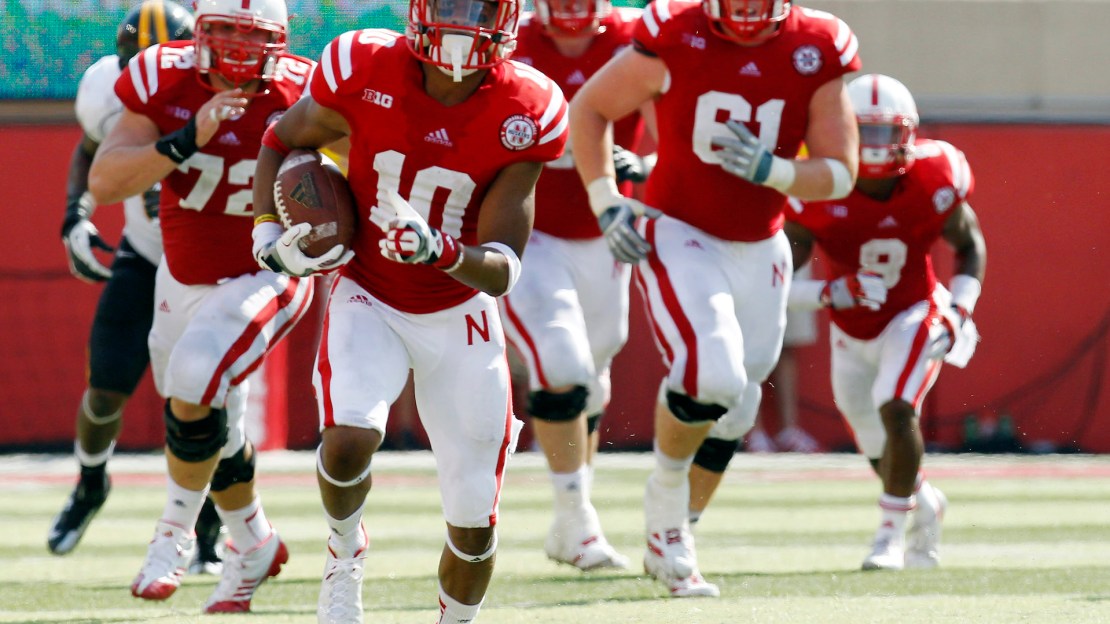 If you watched Nebraska's season-opening trouncing of Southern Miss on Saturday and thought the Huskers looked different, you were right. For the first time since the 1980s, according to @HuskerExtraBC, Nebraska wore white shoes and socks in favor of their customary black ones. It was a minor tweak, but one Nebraska fans noticed.

It looked pretty good, too. White is a big part of Nebraska's uniforms – white pants (home), white jerseys (away), a white helmet and white numbers on the home jerseys – so it looks more uniform than the black does. Then again, it is only footwear.

And this isn't a one-time thing, Nebraska fans. @NUequipment said the Huskers will sport the look the rest of the season, with the exception of when they bust out their new adidas alternate uniform in the Big Ten opener against Wisconsin.

Here's the usual look with black shoes and socks: