First look: Penn State jerseys with names on back 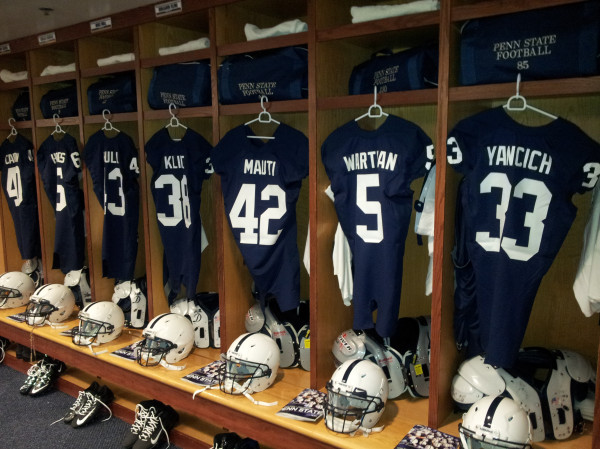 Ever since Bill O'Brien announced Penn State would include last names on the back of its jerseys this fall, people have wondered what it will look like. On Saturday morning, a couple of hours before Penn State's season opener vs. Ohio, @PennStateFball tweeted a picture of the jerseys hanging in the Penn State locker room.

This is certain to be a sensitive issue for Penn State fans. Some will love it, saying it's time to move on from the Joe Paterno era, while others will say it goes against Penn State's rich tradition. After all, the program has never had names on the back of its jerseys.

Where do you fall on the issue?

And here's what the blue ribbon sticker looks like on Penn State's iconic helmet: