Spartan Stadium Scoreboards do not disappoint 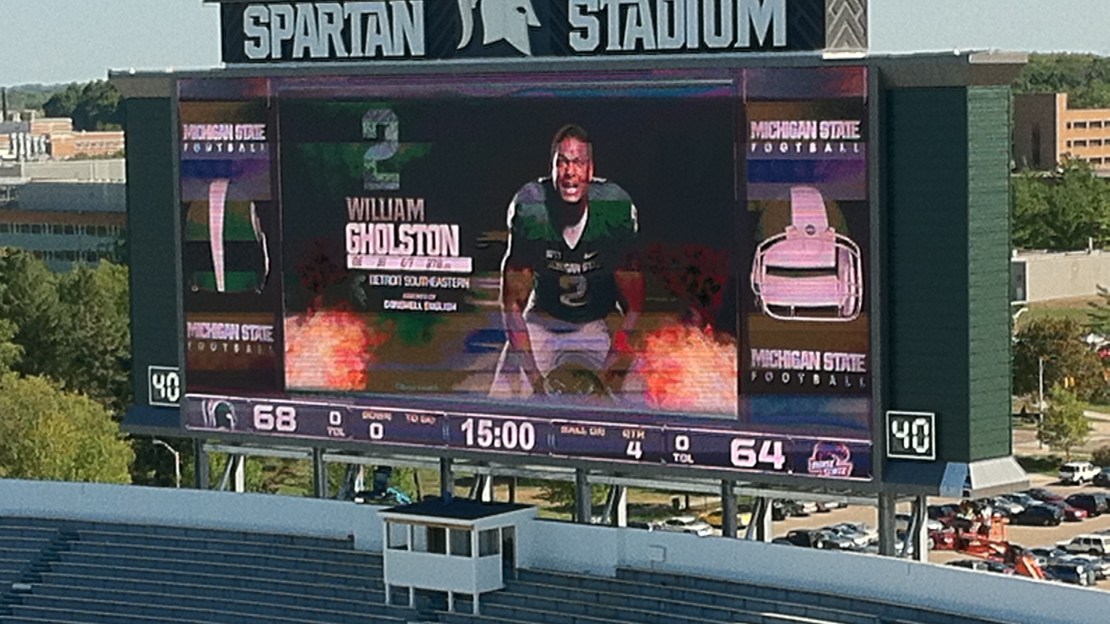 There's been a lot of talk about the new scoreboards at Spartan Stadium. The BTN team got a first-hand look at the new additions Wednesday as our annual summer football tour hit East Lansing, and the massive displays did not disappoint. Let's just say Michigan State fans won't have any trouble seeing the score, stats, replays, or anything of that kind in 2012.

[BTN.com: Spartan to become vegetarian for next year]

One look at these pictures, and it's clear Michigan State's $10 million project was worth it.

There's three scoreboards altogether (two on the north end, one on the south end), and they cover about 13,500 square feet. The one pictured above is the crown jewel, a 5,300-square-foot video board on the south end that dwarfs the old scoreboard (567-square feet).

The best part of the mammoth video scoreboard: it's the largest in the state of Michigan. Put another way, it is bigger than anything at Michigan Stadium.

As a result, we'll probably never see a larger image of William Gholston than the one displayed above. On the topic of the picture, it's hard not to notice it shows Michigan State leading Boise State, 68-64, after thee quarters of the season opener.

Here's a look at the scoreboards on the north end: