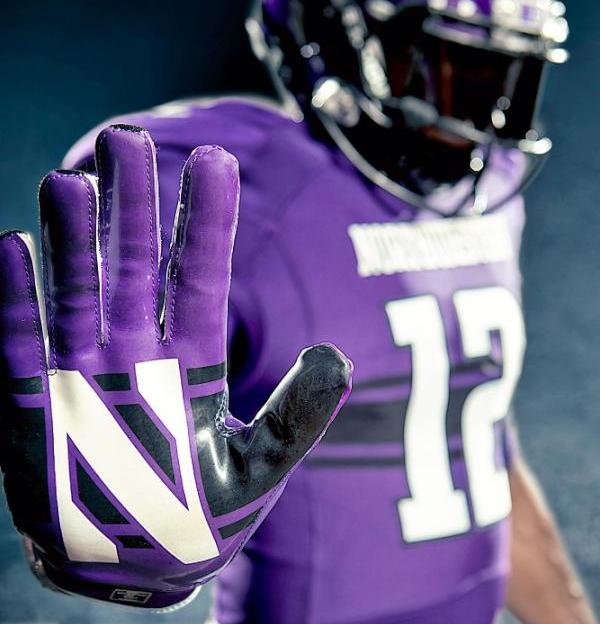 After months of hype and anticipation, Northwestern football finally unveiled its new Under Armour uniforms Thursday morning. The team that calls itself Chicago's Big Ten Team made a Chicago-style statement with its new threads. What makes the new look so bold is something the school calls the "Northwestern Stripe," a thick horizontal stripe that runs across the front and back of the jersey. See a photo of the new uniform and vote on whether you like it in this post.

Pretty bold, huh? At first, I wasn't sure if I loved the new uniforms or hated them – my indecision based mostly on the stripe. The more I let it soak in, though, I became a fan. To me, the jerseys look a little bit like a hockey sweater, which is pretty cool. As polarizing as the stripe figures to be, it will set Northwestern apart and make people associate it with Northwestern and only Northwestern.

And the Wildcats will have plenty of flexibility on gameday. With three pant colors (black, purple and white), to go along with the purple home jersey and white away jersey, the team has six uniform combinations. Personally, I'm a fan of this purple jersey-black pant combo.

Well done, Under Armour! Really, the only complaint is that it looks like the purple jersey and helmet aren't the same shade of purple.