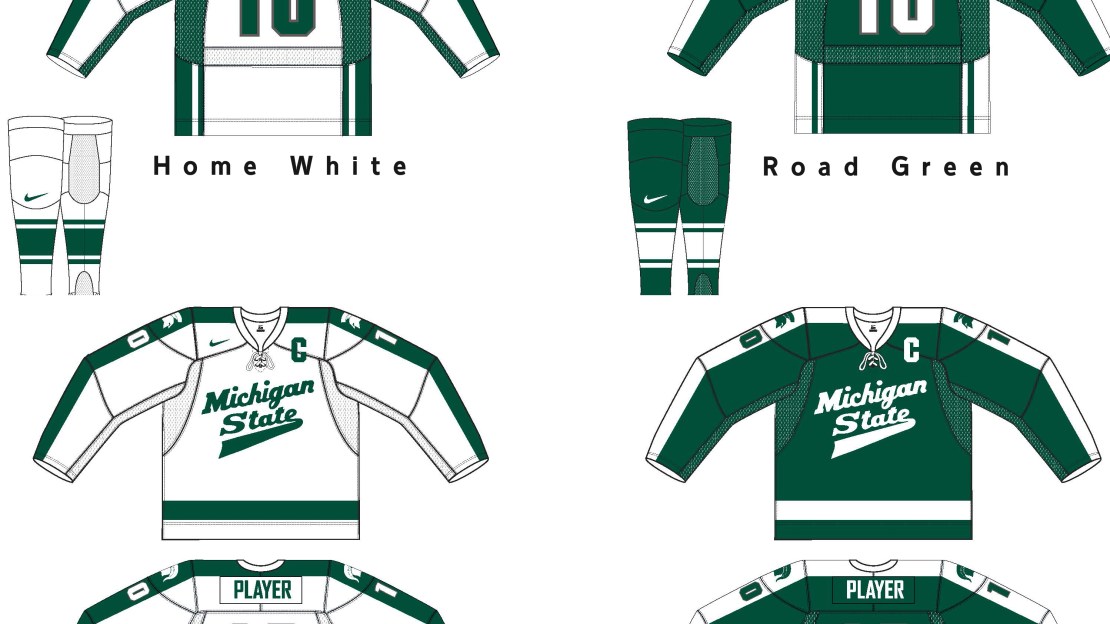 The Michigan State men's hockey team will have four new jersey designs for the 2012-13 season, the school announced Thursday. Featured in the new collection, the Spartans will introduce new standard home and away jerseys, as well as a pair of vintage sweaters. See a picture of the combinations and tell us if you like the new looks in this post.

The new home and away jerseys are very similar to what Michigan State has worn the previous two seasons. The news here is the addition of the vintage sweaters, which honor the program's past with the script "Michigan State" on the front.

?The script ?Michigan State? logo was introduced in my freshman season [1980-81] and over the course of time, became one of the iconic jerseys in college hockey,? Michigan State coach Tom Anastos said in the release.

?Our players are really excited about it and we know that it resonates with so many of our alumni and fans.?

Don't expect to see the vintage sweaters often. Michigan State will reserve them for special events/games, starting with the 2012 Great Lakes Invitational at Comerica Park.

While I'm not a huge fan of green, both vintage looks are pretty nice. I especially like the drawstring sweater, which provides an even more old-school look.