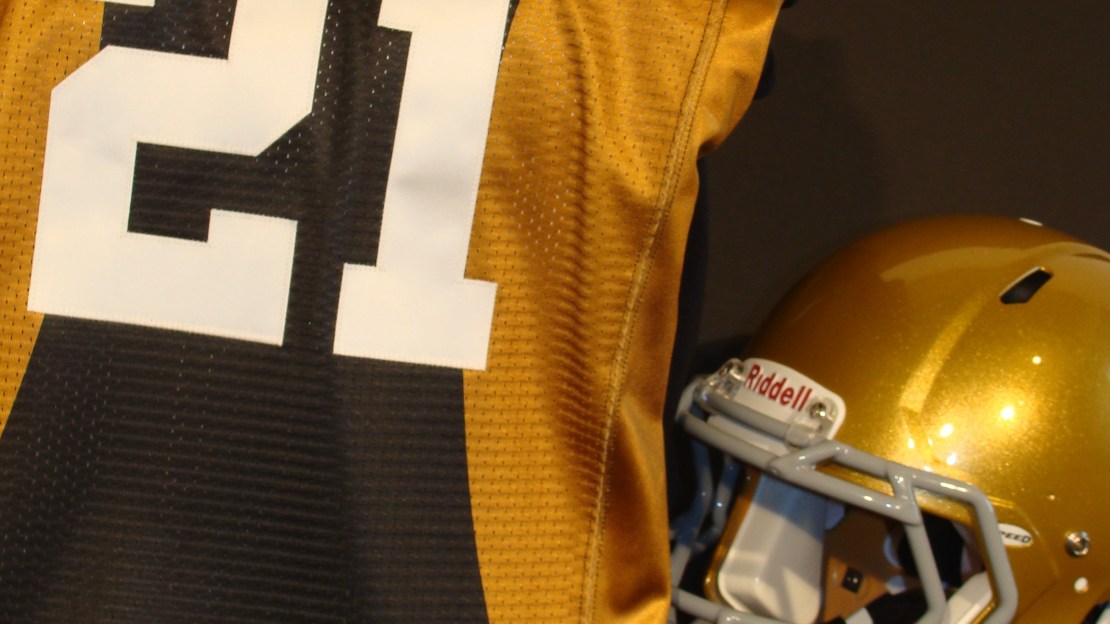 It was known that Iowa would wear throwback uniforms for its annual rivalry game vs. Iowa State this season, but now we know what the duds will look like. Iowa SID Matt Weitzel confirmed Tuesday that the Hawkeyes will wear uniforms to commemorate the 1921-22 back-to-back Big Ten championship teams that went a combined 14-0. See the uniform in this post.

Want to see what the uniform looks like on a mannequin? There was this picture tweeted out, too:

@KegsnEggs #Iowa 1921-22 throwback uniforms for Iowa State game. What do you think? http://t.co/Dc6a1azl

The throwbacks look nice, especially in the official Iowa Athletics photo, which makes the gold look a lot brighter and better. As for the uniform in the Twitter picture, Wietzel said: "That looks like it, but not sure if it?s the lighting or not, but the gold looks a little different."

So, let's just assume it is the lighting in the Twitter picture, because it's clear from the Iowa Athletics photo that the gold is gold, not that awful St. Louis Rams new-century gold. And that's a definite plus.

Iowa hosts Iowa State at 3:30 p.m. ET on Saturday, September 8. You can watch the game live on BTN/BTN2Go.