More alternate uniforms on the horizon for Michigan 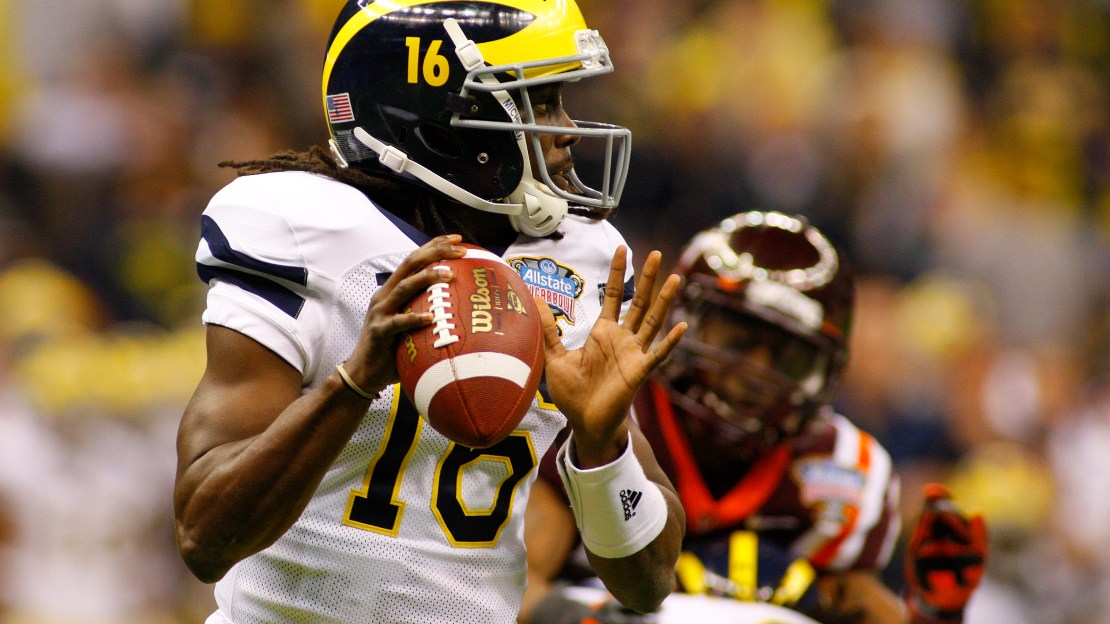 It was all about the cool uniforms. From California to Maine, non-sports fans might not know a thing about the Wolverines, but they know the iconic uniform.

In 2011, that iconic look underwent several facelifts. There was the "Under the Lights" legacy home uniform against Notre Dame, the last-minute legacy road uniform at Michigan State, and the alternate road version of the legacy uniform in the Sugar Bowl.

On top of that, Michigan also added numbers and gray facemasks to its helmets.

Blame it all on Oregon, which started this trend with its loud, obnoxious and deep collection of uniform combinations. The recruits love it, though, so schools will continue to add new looks.

Including Michigan. According to Kyle Meinke, of AnnArbor.com, more alternate uniforms are on the horizon. Michigan AD Dave Brandon supports varying the team's look, and at the end of the day, he's the guy who calls the shots.

Tradition, for one. Former Michigan football stars are torn on the idea. Those who like it, say it gets people excited, both players and fans, and it helps with recruiting. Those who don't like it, feel Michigan already has the best look in college football.

Where do you fall on the issue? Cast your vote below.

Personally, I like it — as long as the look isn't too much different than the traditional one. For example, this Michigan State Nike Pro Combat uniform is too much of a change.

One thing I will say about Michigan: As much as I like the addition of the gray facemask, the numbers on the helmet look too crammed and are starting to look too neon, too Oregon-ish.