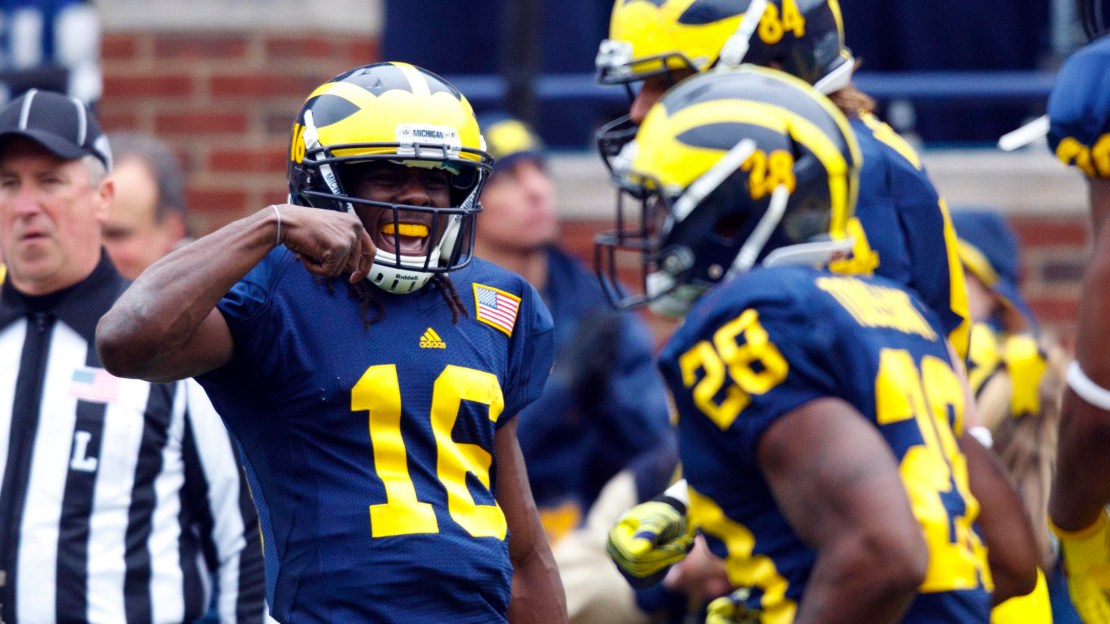 The word bracket overtakes our vocabulary every March — much to the delight of sports fans across the nation. Brackets don't begin and end with the NCAA tournament, though. Every year around this time, people create brackets for pretty much everything, including coolest name. Here, BTN.com web editor Brent Yarina decided to put together a Big Ten football uniform bracket. Cast your votes in this post.

Here's how it works: Vote for the winner of the six first-round matchups, and I'll advance the winners Sunday night. Next week, I'll post the next three matchups, let you all vote, and then the uniform with the highest number of votes will receive a bye into the title game while the other two winners will meet in the semifinals.

Why the automatic berth for the uniform with the highest total in the second round? Good question. It's because with 12 teams and an odd number of matchups (3) in Round 2, you have to get creative. It's that simple, really.

Oh, and for what it's worth, I determined the seeds. If you have a problem with them, I apologize. Enough about the rules — let's get to the voting.