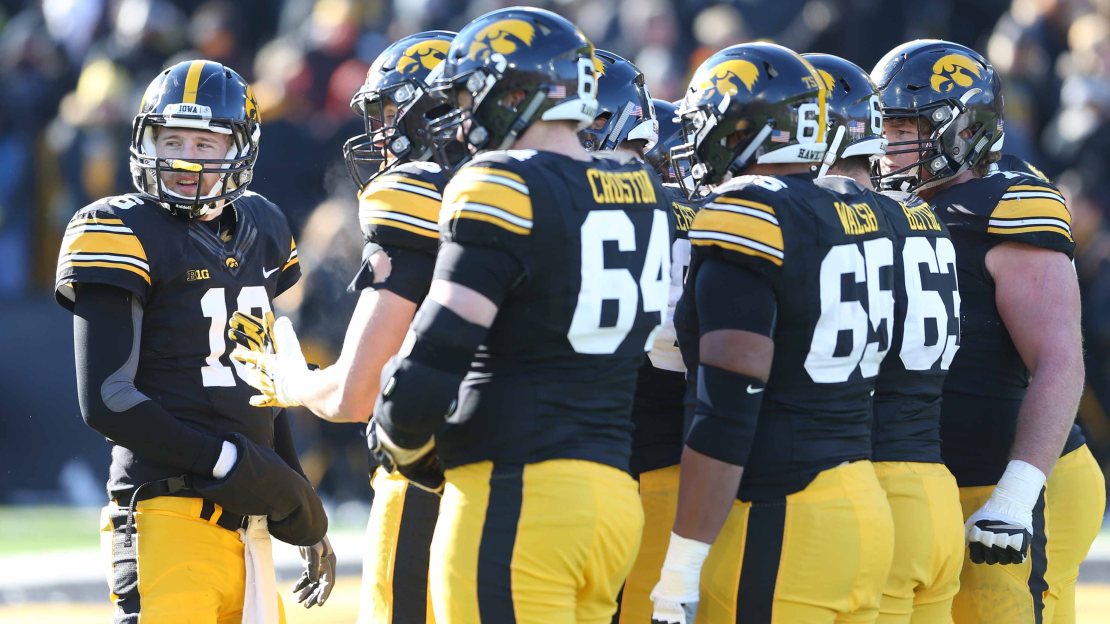 We have a shakeup in my latest Big Ten Power Rankings, presented by ArcelorMittal!

How far did Ohio State, the season-long No. 1 on my list, fall following the last-second home loss to Michigan State?

See my latest poll below!

1. Iowa (11-0, 7-0). It?s 11 victories in a row and counting for the Cinderella Hawkeyes, who have playoff dreams dancing in their heads.
Last week: 2
Up next: at Nebraska

2. Michigan State (10-1, 6-1). The Spartans do what the Spartans do-win big games. Now, MSU is in line to win the East after that stunning victory at Ohio State.
Last week: 4
Up next: vs. Penn State

3. Ohio State (10-1, 6-1). The Buckeyes will analyze the Michigan State loss for years. Just 12 carries for Ezekiel Elliott? I?m still scratching my head.
Last week: 1
Up next: at Michigan

5. Northwestern (9-2, 5-2). The Wildcats are aiming for just their second 10-win season ever, as NU has become a master at winning close games.
Last week: 5
Up next: vs. Illinois (Soldier Field)

6. Wisconsin (8-3, 5-2). The offensive woes continue to confound. I never thought I?d see the day the Badgers had minus-26 yards rushing in a game.
Last week: 6
Up next: at Minnesota

8. Nebraska (5-6, 3-4). The Cornhuskers have won two in a row and need one more victory to reach bowl eligibility. Iowa is next. Could Nebraska end the Hawkeyes? perfect run?
Last week: 8
Up next: vs. Iowa

9. Minnesota (5-6, 2-5). The Golden Gophers ended a four-game losing streak and got Tracy Claeys? his first win. Beat Wisconsin next week, and go to a bowl.
Last week: 10
Up next: vs. Wisconsin

10. Illinois (5-6, 2-5). The Illini enter the season?s final weekend needing one more win for bowl eligibility, as Illinois has lost five of six games.
Last week: 9
Up next: vs. Northwestern (Soldier Field)

11. Indiana (5-6, 1-6). Hallelujah! The six-game losing streak is history. Win at Purdue next Saturday, and the Hoosiers are going to a bowl.
Last week: 11
Up next: at Purdue

14. Purdue (2-9, 1-6). A dreary season can?t end soon enough for the Boilermakers, who can salvage things a bit by beating Indiana next week, winning back the Old Oaken Bucket and ending the Hoosiers? bowl hopes.
Last week: 14
Up next: vs. Indiana