One bold prediction for every B1G position 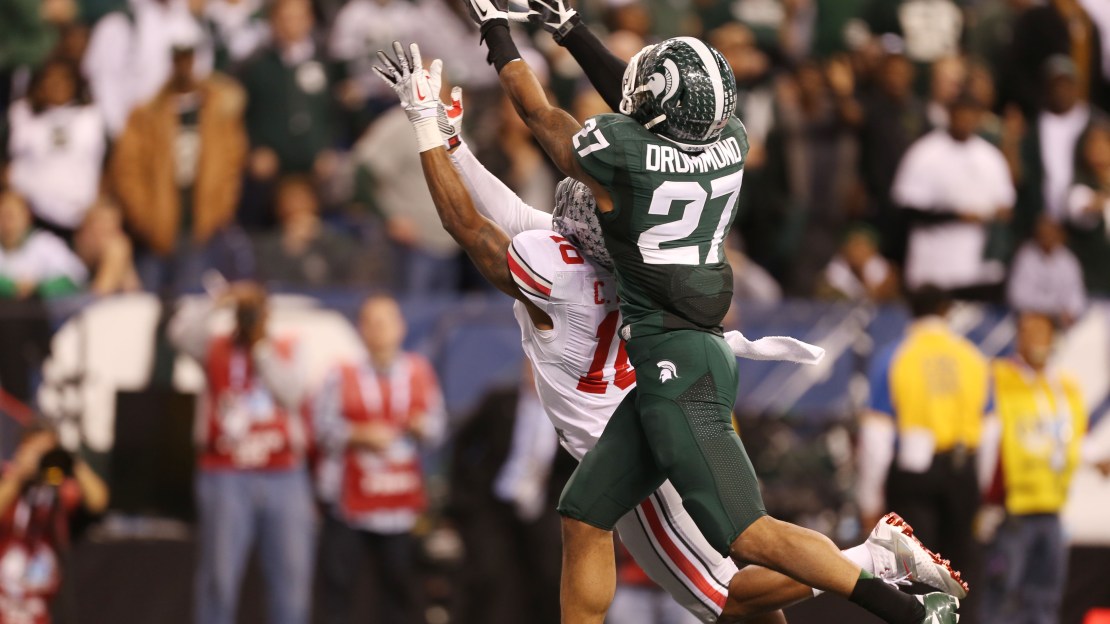 Are you ready for college football to start already? The Big Ten season officially kicks off in 15 days with a doubleheader of action as Minnesota takes on Eastern Illinois, while Rutgers will battle Washington State. We have seen plenty of preseason rankings thus far, so I wanted to take it one step further. How about some bold predictions?

Here is one bold prediction for every position group heading into the 2014 Big Ten football season.

QB: Indiana QB Nate Sudfeld will pass for more than 3,000 yards and 25 touchdowns. With the departure of Tre Roberson, this is Sudfeld's offense. This is a guy who passed for 2,5.23 yards and 21 scores last season, while splitting time. Just imagine the type of numbers he will put up now that he has the job to himself.

RB: The Big Ten will feature double digit 1,000 yard rushers. The Big Ten is loaded with stud running backs, including five returners who topped the 1,000-yard mark last season, and several more who were very close. A total of seven players did it last year; add two more teams into the mix, and 10 seems very reasonable.

WR/TE: At least one freshman will rank in the top 10 in catches. The Big Ten lost a lot of talent at wide receiver, from Allen Robinson to Jared Abbrederis, to name a couple. But new names will step up this year, and some of those will be freshmen. Look for a guy like Freddy Canteen (Michigan), Dominique Booth (Indiana), or Mike Dudek (Illinois) to have a breakout freshman campaign.

OL: Ohio State's offensive line will pave the way for the top rushing attack in the Big Ten. Despite losing four starters from last year's unit, the Buckeyes still have plenty of talent in the trenches. Taylor Decker is a stud at left tackle, and having one of the top running quarterbacks in the nation will only help the cause.

DL: The Big Ten will have at least three players record double-digit sack totals. Nebraska's Randy Gregory was the only one to do it last season, but several guys were awfully close. With so many talented pass rushers spread throughout the conference (Joey Bosa, Noah Spence, Shilique Calhoun, Theiren Cockran), this could be a record-breaking year for sacks in the Big Ten.

LB: Northwestern's Chi Chi Ariguzo will lead the Big Ten in tackles. This is a guy who didn't get a ton of publicity last season, despite recording 106 tackles, which ranks second among Big Ten returnees (Rutgers' Steve Longa, 123). With guys like Ryan Shazier, Chris Borland and Max Bullough off to the NFL, don't be surprised to see Northwestern's talented senior take over the reigns as the conference's leader in tackles.

S: Michigan State's Kurtis Drummond will be a first-team All-American selection. This guy was one of the top safeties in the nation last season as a junior. Now, one year later, he will be the leader of another talented Michigan State secondary. I don't think 100 tackles and five interceptions are too bold for Drummond. Those sure look like All-American numbers to me, right?

K: Michigan State's Michael Geiger will not miss a field goal inside 50 yards. Geiger was near-perfect in 2013, connecting on 15 of his 16 field-goal attempts. His long was 49 yards, and now, he has added a year of experience, strength and conditioning.

P: We will see a 75-yard punt this season. Last season, Purdue's Cody Webster booted one 73 yards, while Ohio State's Cameron Johnson had a 71-yarder. Johnson is back this season, as is Mike Sadler and several other talented punters.

PR: Iowa's Kevonte Martin-Manley will top his punt return numbers from last season. Martin-Manley returned 20 punts for a Big Ten-best 314 yards and two touchdowns in 2013. The two scores, by the way, came in the span of a minute against Western Michigan. Don't be surprised if Martin-Manley improves on those numbers.