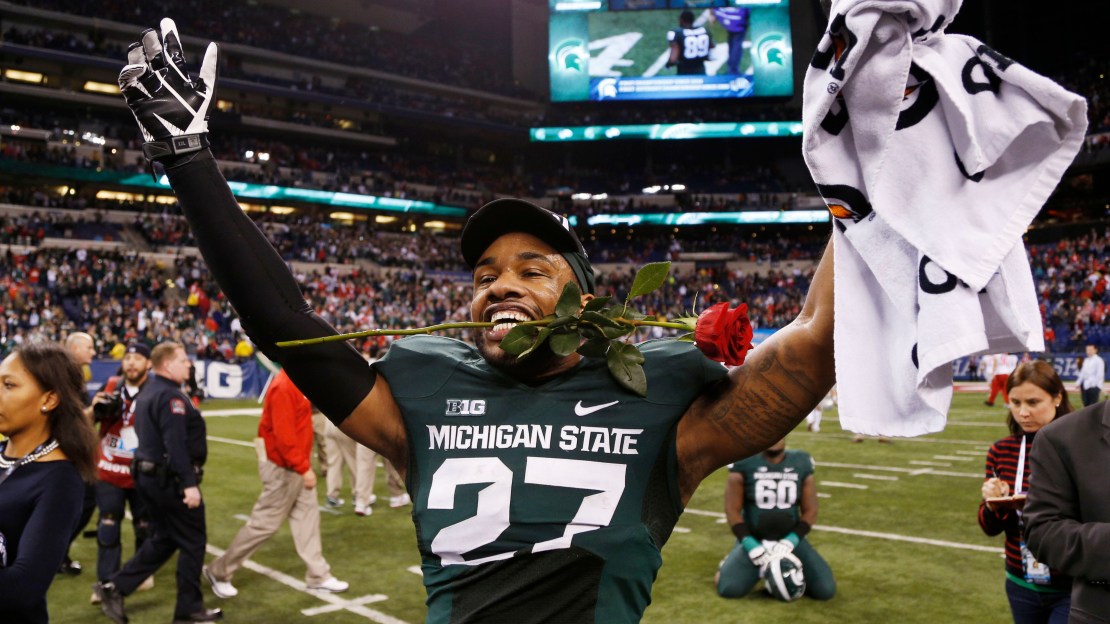 Michigan State safety Kurtis Drummond knew he had to make a statement Monday at Big Ten media days. Meeting the media in Chicago with the reigning Big Ten Defensive Lineman of the Year (Shilique Calhoun) and Big Ten title game and Rose Bowl Game MVP (Connor Cook), Drummond didn't want to go unnoticed. So, he rocked a suit – and shoes – that made people take notice.

Even better, the aforementioned Calhoun interviewed Drummond about his attire. Watch the video above.

"I just didn't want to blend in as if I was one of your guys' media guides or I was here to carry your bags," Drummond said. "I sat down, had a long thinking process, and I came up with a plan to have something to stand out and to let people know I'm part of the team."

Honestly, Drummond didn't need to make a statement. The senior is the new leader of Michigan State's "No Fly Zone" secondary, which is supposed to be stout again in 2014. Also, he's more than a known commodity, as his unanimous selection to our Big Ten writers' 2014 preseason All-Big Ten Team indicates.