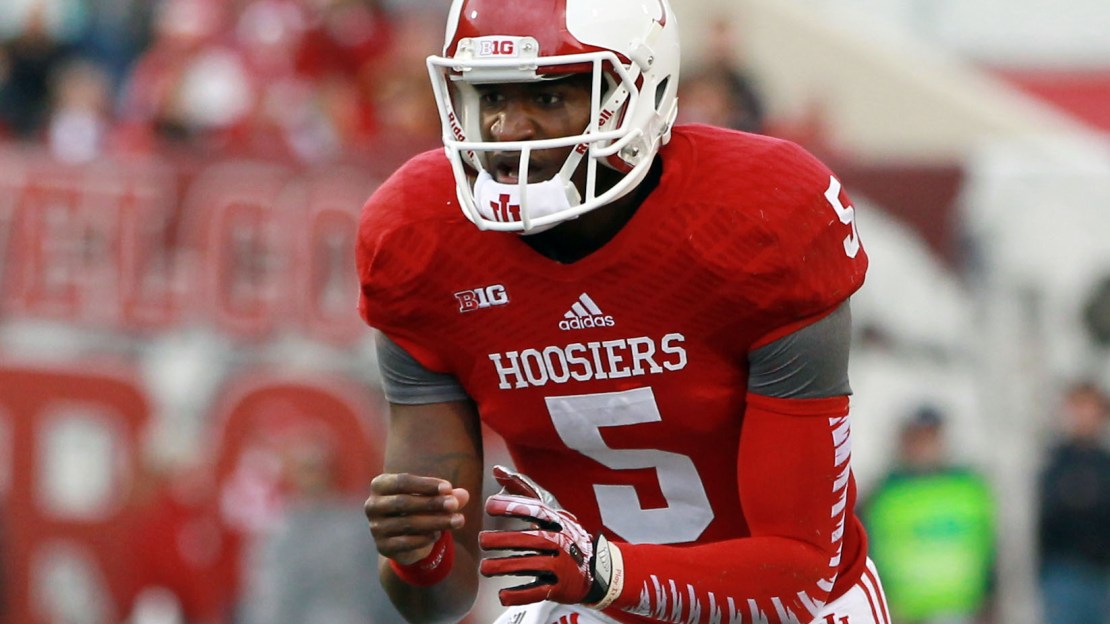 Well, this comes as a surprise: Indiana QB Tre Roberson announced Wednesday that he will transfer. Roberson, who threw six touchdown passes in the 2013 finale vs. Purdue, and Nate Sudfeld were expected to share time again in 2014. Last fall, Roberson, the dual-threat option, threw for 1,128 yards and 15 touchdowns and ran for 423 yards and five scores.

"I want to thank the coaching staff, my teammates and Indiana University for all of their support over the last three years," Roberson said in a team release. "My time in Bloomington will always hold a special place in my heart. I wish everyone at IU all the best as I move on to the next chapter in my life."

Roberson went through a lot during his Indiana career. The starter in 2012, he broke his leg in the second game and missed the rest of the year. He busted his butt in rehab to be ready for the 2013 season, only to lose the starting job. Still, he accepted the new role and helped give Indiana a rare successful quarterback-by-committee.

Indiana coach Kevin Wilson is thankful for all that Roberson did.

"We appreciate and thank Tre for his contributions to our football program both on and off the field," Wilson said in the release. "He is an outstanding player and a great young man. We wish him well as he moves forward with his career."

Roberson is the second quarterback to leave Indiana since the New Year. In January, Cam Coffman, stuck behind Roberson and Sudfeld, transferred to Wyoming. Roberson's transfer is a lot more surprising, and it has a much bigger impact.

Now, this is Sudfeld's team.

Not only is that a big development for Indiana, it will be fascinating to see how it affects one of the Big Ten's most prolific offenses. Will Sudfeld and the offense benefit from having one voice in the huddle, one cadence at the line, and one type of passer? Or, will the departure of Roberson and his threat to run make the Hoosiers easier to defend?

Sudfeld is worthy of the full-time gig. Let's face it, with Wednesday's news, Sudfeld was probably going to get the majority of the reps, if not all of them. The rising junior earned it after throwing for 2,523 yards and 21 touchdowns last year.

As for the loss of Roberson's running ability, Indiana boasts a talented and experienced offensive line, which quells some of those fears.

It's almost crazy to expect Sudfeld to compile anything less than a big 2014 season. Yes, even with a new offensive coordinator and without talented pass-catchers Ted Bolser, Kofi Hughes and Cody Latimer.

In fact, should Sudfeld stay healthy and Indiana make a bowl, we're likely talking about an All-Big Ten honoree.