Power Rankings: Where is Michigan this week? 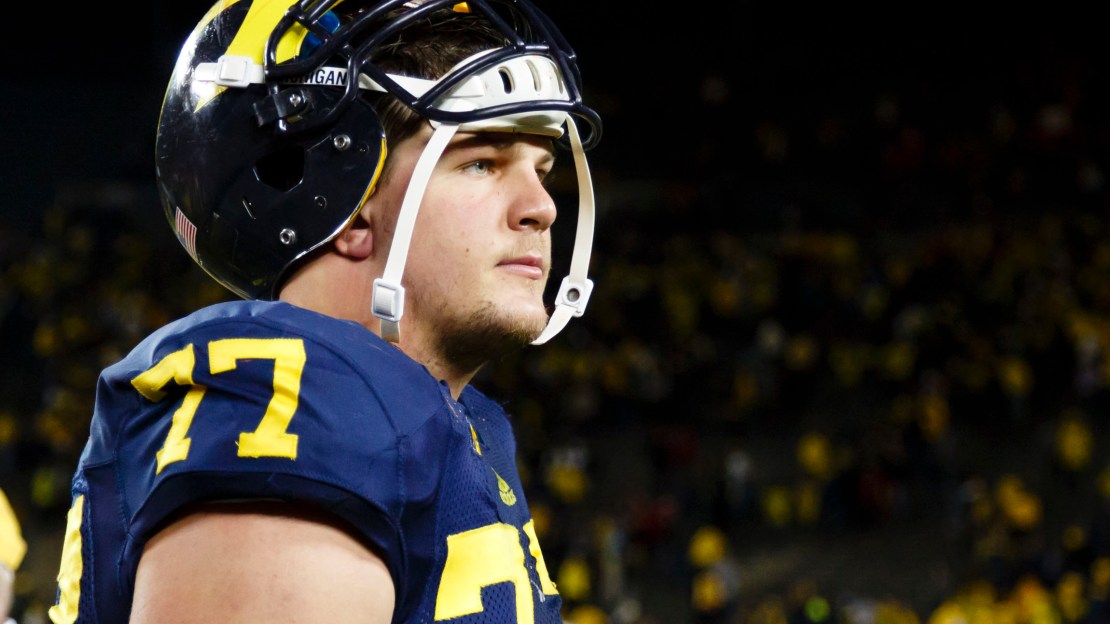 With two of my top three teams off this Saturday in No. 1 Ohio State and No. 3 Michigan State, the top of my power rankings, presented by ArcelorMittal, didn?t change much. In fact, the rankings only got tweaked, as no big upsets took place. But with MSU playing at Nebraska next week, big changes could be coming.

1. Ohio State (9-0, 5-0). The Buckeyes were hoping to have their BCS title game hopes lifted during a bye week. And, they did, with Oregon falling to Stanford. But Alabama and Florida State took care of  business.
Last week: 1
Next: at Illinois

2. Wisconsin (7-2, 4-1). The Badgers are coming off one of their most impressive efforts of the season, as Wisconsin remains on course to win out. Can?t wait for that game at Minnesota in a few weeks.
Last week: 2
Next: Indiana

3. Michigan State (8-1, 5-0). The Spartans bye week allowed them to gather themselves, put the Michigan game behind them and focus on a huge, season-defining game at Nebraska. FYI: MSU never has beaten Nebraska.
Last week: 3
Next: at Nebraska

4. Minnesota (8-2, 4-2). The Gophers have won four in a row and look better and better each week. The win vs. Penn State was the team?s most complete effort of the season. No more doubting this team, because it is making history.
Last week: 4
Next: Off; vs. Wisconsin

5. Nebraska (7-2, 4-1). The mojo from that Hail Mary win vs. Northwestern carried over to the trip to Michigan. The defense has played well the last two weeks, while a banged up offense keeps finding a way to get it done.
Last week: 5
Next: Michigan State

6. Iowa (6-4, 3-3). Purdue is the get-well card for any struggling program. And Iowa needed a pick-me-up. The win over the Boilermakers makes the Hawkeyes bowl eligible. And that?s an improvement over last year?s 4-8 mark.
Last week: 8
Next: Off; Michigan

7. Penn State (5-4, 2-3). The Nittany Lions are just outmanned, especially on defense. The linebacking corps is especially thin. There are just 61 scholarship players on the roster. The wear and tear of the season is taking a toll.
Last week: 6
Next: Purdue

8. Michigan (6-3, 2-3). That?s two losses in a row, as the season is threatening to careen out of control. The Wolverines are struggling, especially on offense. Brady Hoke also no longer is unbeaten at home, as Michigan?s 19-game home winning skein ended.
Last week: 7
Next: at Northwestern

9. Indiana (4-5, 2-3). The Hoosiers suffered no hangover from the loss at home to Minnesota. This is a fun, exciting team to watch. But, will IU get bowl eligible? It?s gonna be very difficult.
Last week: 9
Next: at Wisconsin

10. Northwestern (4-5, 0-5). The Wildcats are mired in a five-game losing streak that has turned the season sideways. Maybe the bye week will help Northwestern. Maybe not.
Last week: 10
Next: vs. Michigan

11. Illinois (3-6, 0-5). That?s 19 Big Ten losses in a row for the Fighting Illini. The offense is doing its job. Now, it?s up to the defense to begin to make some improvement. If not, wins will be tough to come by and a bowl certainly won?t come.
Last week: 11
Next: Ohio State

12. Purdue (1-8, 0-5). It?s seven losses in a row for the Boilermakers. And, honestly, there is no end in sight, as a 1-11 season looks like a sure thing for a team that has nothing going for it on either side of the ball. This is difficult to watch.
Last week: 12
Next: at Penn State