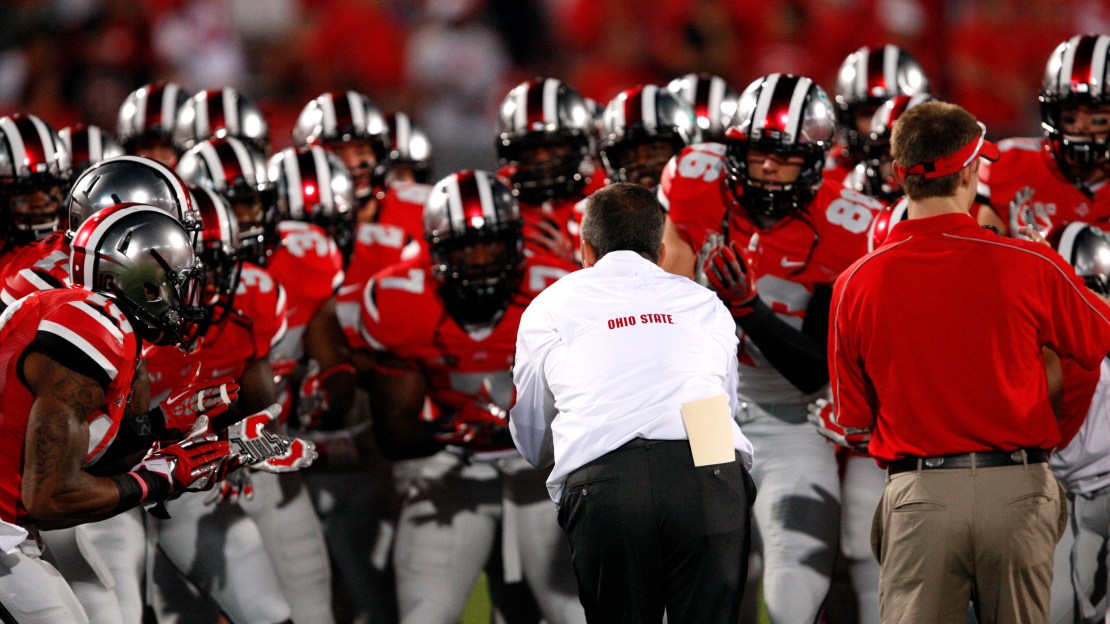 November is here, and that means the homestretch of the season is in view. Can you feel it? Can you sense it? This Saturday?s menu is dotted with some interesting clashes, headed by Michigan?s visit to Michigan State. Wisconsin's trip to Iowa also will be fascinating. Here?s a look at all the action in my Four Downs feature.

To review: We've got my game previews, mailbag, best suggestions, and our BTN.com team predictions. I know basketball has arrived but there's plenty of football ahead.

1. There won?t be many points scored in the Michigan at Michigan State game. The Spartans just don?t have a dynamic offense that?s capable of a points explosion. The Wolverines will find the sledding tough vs. the No. 1 defense in the nation. Last year?s game was won by Michigan, 12-10, as the Wolverines booted a 38-yard field goal with seconds remaining to end MSU?s four-game winning skein in the rivalry. A similar score could happen on Saturday.

2. The Boilermakers have had a weird whammy on the Buckeyes, winning the last two meetings in West Lafayette and three of the last four in Ross-Ade Stadium. The hex nearly continued last season, but Purdue blew a late eight-point lead in Columbus before falling in overtime, 29-22. In fact, it was the closest Ohio State has come to losing during its 20-game winning streak. This season?s meeting won?t be close.

3. Michigan running back Fitz Toussaint is going to regret his ?little brother? crack. The Spartans are gonna hold Toussaint to less than 50 yards rushing vs. what will be an ultra-motivated Spartan defense.

4. Minnesota running back David Cobb is gonna eclipse the 100-yard rushing mark for a third game in a row at Indiana. Cobb ripped off 103 yards rushing at Northwestern and 138 vs. Nebraska last week. Keeping with that theme, Michigan State?s Jeremy Langford is gonna run for over 100 for a fourth game in succession vs. Michigan. He has gone for 109 (Indiana), 131 (Purdue) and 104 (Illinois) the last three times out.

1. As Michigan-Michigan State games go, this Saturday?s meeting figures to be a dozy. The Spartans want to get the upper hand back after losing in the waning moments in Ann Arbor last season. And judging by some of the comments this week from East Lansing, MSU is ready to send a message and remain the Legends Division front-runner.

2. If Indiana loses at home to Minnesota, it won?t make it to a bowl. The Hoosiers still will have home games vs. Illinois and Purdue, winnable contests that would give IU five wins. But getting a sixth victory would require winning at Wisconsin or at Ohio State. Likely not gonna happen for IU.

3. Illinois coaches were not pleased Penn State coaches last year when they allegedly went to State College, Pa., and tried to woo Nittany Lions players, who were allowed to transfer anywhere and have immediate eligibility. Penn State took it out on the Fighting Illini in a 35-7 whipping last year in Champaign. I think Bill O?Brien has a long memory and will look to exact another whipping on Illinois.

4. As we enter the final month of the season, it?s fair to say that five of the six teams in the Legends Division are still in the running to win it. The only school that isn?t? Northwestern. Who would have thought that back in August, when the Wildcats were a dark-horse pick by some to win the division?

1. Ohio State seemingly faces a big climb to reach one of the top two spots in the BCS standings. No doubt, the Buckeyes will need help by way of some combination of losses by Alabama, Oregon and Florida State. And OSU also needs to take care of its business, which means not just winning out-but winning out impressively. The Buckeyes did just that last week in a 63-14 drubbing of Penn State. Up next: at Purdue.

2. If Northwestern loses at Nebraska, its bowl hopes are over. A defeat would be the Wildcats? fifth in a row after a 4-0 start with games remaining vs. Michigan, Michigan State and at Illinois. NU would have to win two of those three. I don?t see it happening.

3. Penn State?s defensive bleeding will stop this Saturday vs. Illinois. In the last three games, the Nittany Lions have allowed 44, 40 and 63 points. Yes, the Fighting Illini will score vs. the struggling Penn State defense, but Illinois won?t score more than 30 points. Hey, it?s an improvement, right?

4. If Iowa beats Wisconsin, I think that will make the Hawkeyes the second-best team in the Legends Division. Yes, better than Michigan, which Iowa will play host to on Nov. 23, and better than Nebraska, where Iowa will finish the season at on Nov. 29.

What?s a ?jockstrap game,? you ask? All a team needs to do is throw its jockstrap onto the field and-voila!-a victory will appear.

[ MORE: Get all the latest Big Ten uniform & design changes at Clothes Call ]

1. 37, points Indiana has outscored foes by this season. The Hoosiers are one only four FBS teams this season to have a losing record despite having outscored their opponents.

3. .724, winning percentage of Northwesten?s remaining opponents. The only Big Ten with a tougher remaining schedule is Michigan (.744).