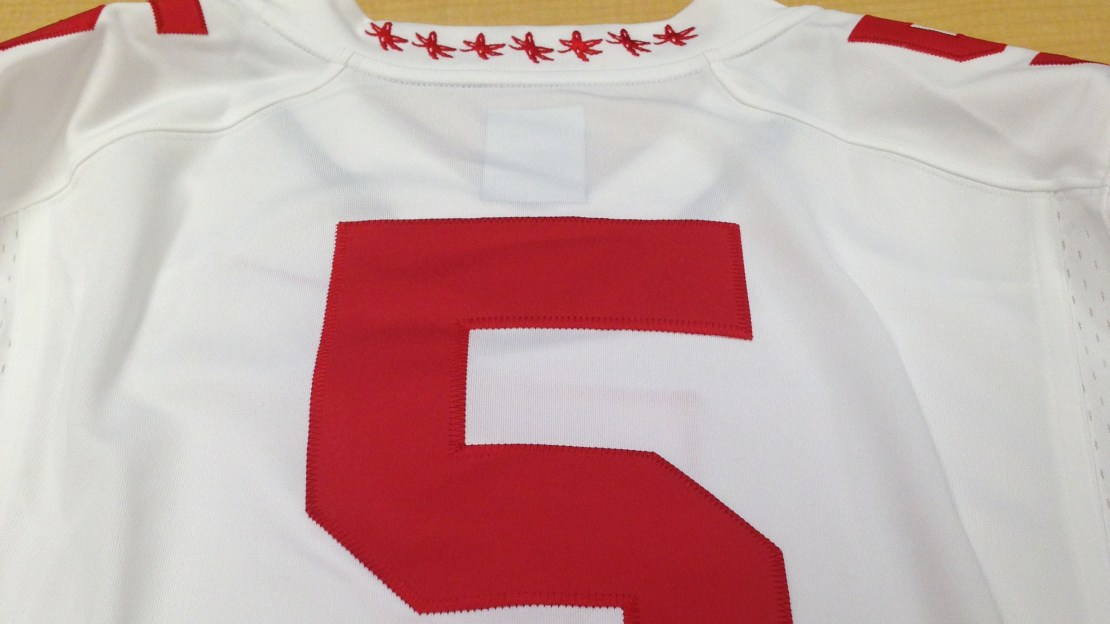 Buckeye Leaves have adorned the Ohio State football helmet for four-plus decades. The Buckeye Room (@BuckeyeRoom), a retail store that specializes in Ohio State memorabilia, recently tweeted pictures of Ohio State jerseys that feature the familiar logo on the back of the collar.

"We have not issued any media updates regarding uniforms," an Ohio State football spokesperson said via email.

For what it's worth, Mark McClure, of The Buckeye Room, said the jerseys are officially licensed from Nike and will be worn this season.

If this happens, it would be a terrific idea. Not only is it a creative way to honor the decorated program's rich history, it's a simple addition that doesn't mess with Ohio State's uniform.

Here's a closer look at the Buckeye leaves: