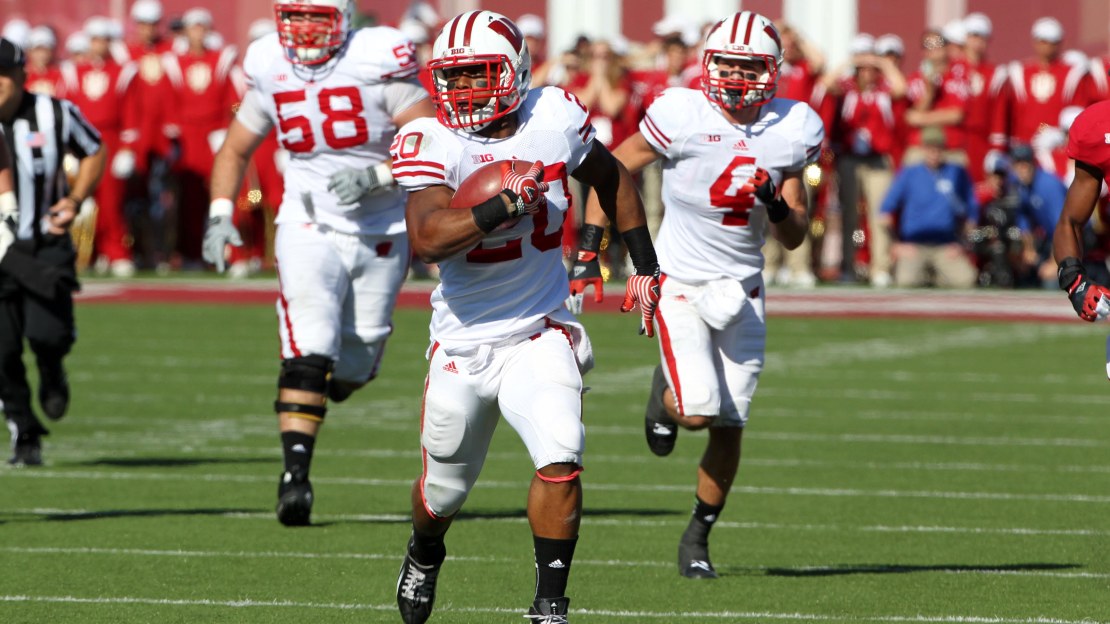 Wisconsin has its fingerprint all over the Ameche-Dayne Big Ten Running Back of the Year award. Not only is the award named after two Badgers, former Wisconsin standout Montee Ball is its lone recipient, taking home the honors in both 2011 and 2012. Will another Wisconsin back win it in 2013? Tom Dienhart and Brent Yarina offer their picks in this post.

Tom: Even without Le?Veon Bell and Montee Ball, the Big Ten has a nice collection of running backs. And, honestly, it?s difficult to pick who the best one will be. I think you could make a case for the first four backs on my list. But, I?m going with White. There was a time when he was Wisconsin?s No. 1 back over Ball. That was in 2010, when White ran for 1,052 yards; he has 2,571 career rushing yards. White is tough, strong and has big-play ability, playing for an offense that will continue to be built around the run. Keep an eye on Zach Zwinak, who surprised with a 1,000-yard season in 2012 and may go even farther in an offense that may have to rely more on the run because of a new quarterback.

Brent: The Big Ten returns a trio of 1,000-yard backs (Ameer Abdullah, 1,137; Venric Mark, 1,366; Zach Zwinak, 1,000), a quartet of double-digit touchdown guys (Stephen Houston, 12; Carlos Hyde, 16; Venric Mark 12; James White, 12), in addition to several other intriguing talents. So, clearly, this is not an easy award to predict. When it comes down to it, though, Mark is my pick. The diminutive speedster is a proven back after last year?s breakout (1,366 yards, 12 TD), plus he figures to have the least competition for carries of all the other top competitors. Oh, and Mark plays for a team that's expected to be in the Big Ten mix – something that always helps in these races.