In defense of Oladipo as Big Ten Player of the Year 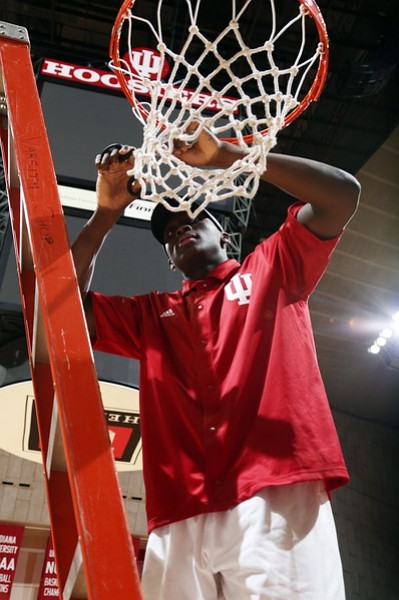 There is no wrong choice for Big Ten Player of the Year this season. Trey Burke. Victor Oladipo. Deshaun Thomas. I'm not going to argue against any of those names. Having said that, Oladipo is my selection – even though Burke took home the honor.

Why Oladipo? Easy: He was the best player on the best team and the best all-around player in the league. Also, he helped lead the Hoosiers to their first outright Big Ten crown since 1993. Yes, this is the player of the year, not the most valuable player, but eight of the last 13 winners (since 2000) had played for a team that won at least a share of the title.

Winning means something when it comes to this award, and it should. Plus, Oladipo was as important as any player in lifting the Hoosiers to the top of the Big Ten. On the topic of records, Oladipo and Indiana went 5-2 against the Big Ten's other title contenders; Burke and Michigan went 2-5.

For example, let's say the coach of the year came down to two worthy candidates – shouldn't head-to-head results be taken into account? Especially when one was 2-0 against the other?

Is Oladipo the scorer Burke, or even Thomas, is? Of course not. Is Oladipo the distributor Burke is? Ha, it's not even close. At the same time, Oladipo is equally superior to Burke when it comes to efficiency, rebounding and defense.

Basketball isn't all about offense. As out-of-this-world as Burke's season was, Oladipo was one of the league's most dynamic players on both sides of the floor.

Let's not forget, Oladipo's 13.7 points per game ranked 11th in the Big Ten. And this was a guy who averaged just 8.4 attempts per game, compared to Burke's 14.2. At Oladipo's 61-percent clip for the season, who knows what he would average if he hoisted 14 shots per game. For the record, I'm aware more shots would likely impact his efficiency.

Anyway, for the curious people out there, that's why Oladipo is my selection.