Did You See This? Matt Painter gets booted 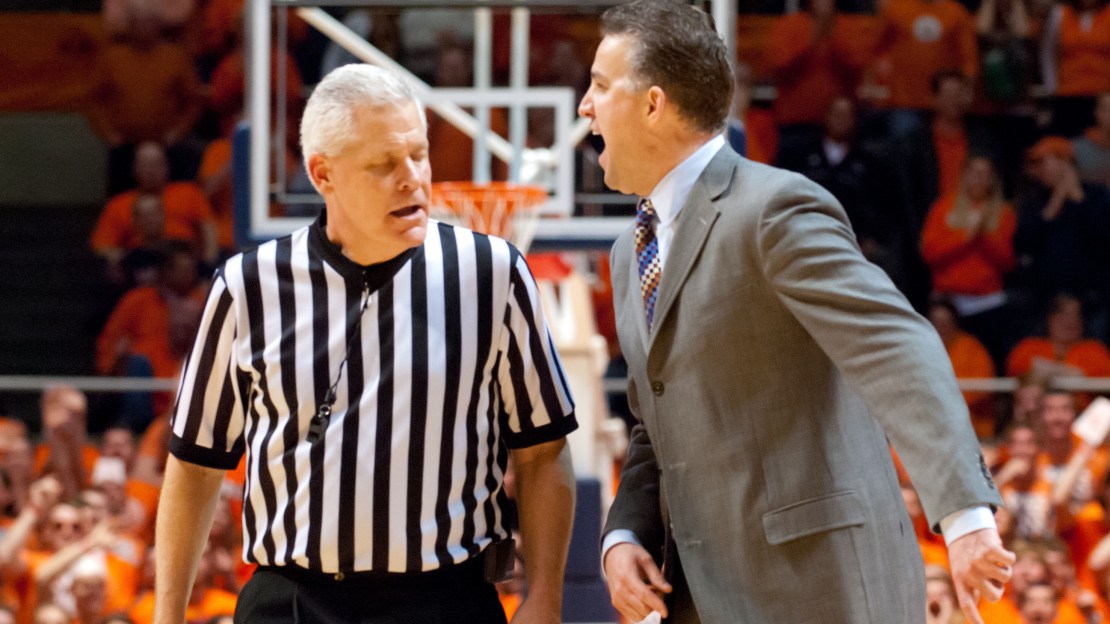 Entering Wednesday night's game at Illinois, Purdue had lost three of its last four contests. That being the case, Matt Painter and his staff were probably already a little frustrated before things tipped. And that frustration only got worse as Purdue couldn't hold onto the ball (16 turnovers) and allowed offensive rebound after offensive rebound (22). Eventually, it all boiled over.

With 8:08 left and Purdue trailing 64-46, Painter decided he had seen enough and was hit with a pair of quick technical fouls to earn an ejection.

But, as they say, he got his money's worth. Painter was not going to walk off that court without proving a point or letting the officials know how he felt. Not a chance.

Things didn't change after the ejection, either. Purdue went on to lose 79-59, it first loss to Illinois in the last nine meetings.