Did You See This? Purdue retires Hummel's number 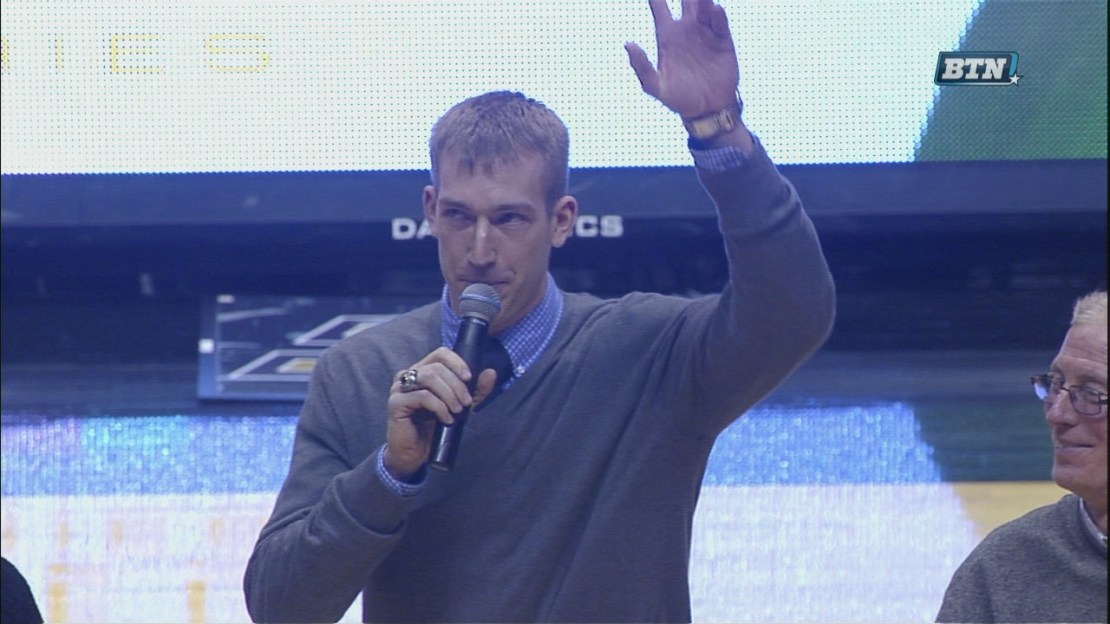 One of Purdue's favorite sons will forever be represented at Mackey Arena. At halftime of Purdue's game Saturday night, the Boilermakers unveiled Robbie Hummel's No. 4 jersey in the rafters. Hummel was a well-chronicled player during his decorated career in West Lafayette, both for his standout play and his unfortunate injury history.

The forward, who was one-third of the Baby Boilers, along with E'Twaun Moore and JaJuan Johnson, twice tore the ACL in his right knee, in addition to suffering several other minor injuries.

In 127 career games, Hummel averaged 14 points, 6.8 rebounds, 2.1 assists, one steal and 0.9 blocks per game. He also was a three-time first-team All-Big Ten honoree and helped lead the Boilers to a share of the 2010 Big Ten regular-season crown.

Hummel was selected in the second round of the 2012 NBA Draft by the Minnesota Timberwolves. He did not make the team and is currently playing pro ball in Spain.

And watch our interview with Hummel: