Did You See This? Berggren, Brust deliver highlights 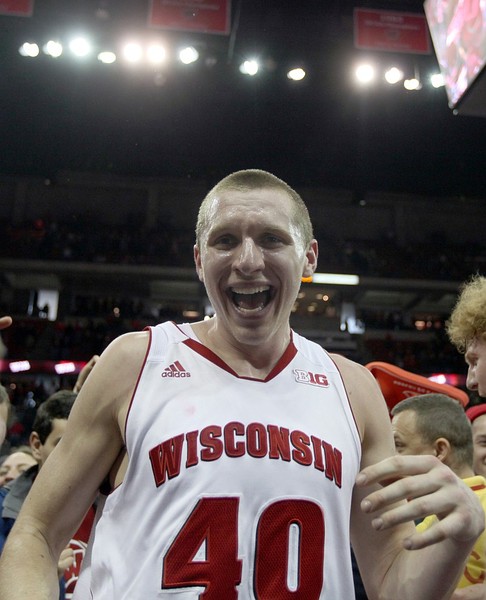 Jared Berggren is compiling quite the highlight reel in his senior season. There was this second jam in a back-to-back sequence, this posterization of Victor Oladipo, and this drive and finish at Iowa, among several others. To little surprise, Berggren struck again in Saturday's overtime win over No. 3 Michigan. Watch the And-1 dunk now and see Ben Brust's ridiculous OT-forcing 3-pointer at the buzzer in this post.

[ RELATED: Watch the Badgers celebrate in the locker room ]

Here are some of the best tweets following Berggren's latest highlight jam:

If anyone could spell Jared Berggren, he'd be trending right now. Unreal dunk.

Half Man. Half Berggren.

When did Berggren become Mr. Dunkface? All of a sudden this year.

Oh my. Oh my. Oh my. Burke should have known better. Berggren just had one of the dunks of the year in the Big Ten right there. Whoa.

Ben Brust for the tie-unbelivable finish and now on to overtime in Madison!!!!!

AND IT'S BEDLAM IN THE KOHL CENTER! BEN BRUST.