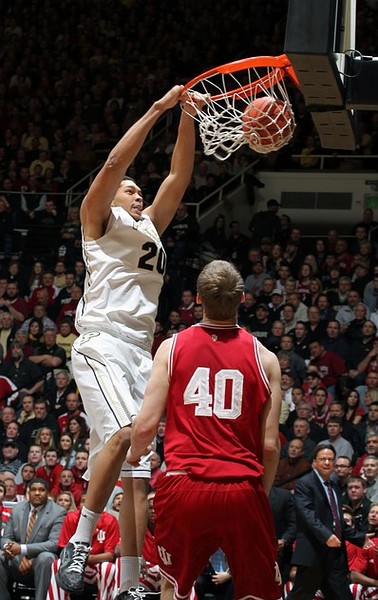 It was just a few days ago that BTN analyst Tim Doyle insisted Purdue freshman A.J. Hammons is a serious threat to compete for next season's Big Ten Player of the Year. It was a bold claim, and it's one Doyle won't soon regret. Certainly not after Hammons' latest coming out party against No. 3 Indiana. It came in a blowout defeat, but, man, Hammons was terrific. There was the career-high 30 points, the five blocks, and the dunks. Watch Hammons' third and best flush of the night now and catch the others in this post.

Even more impressive is the fact Hammons did what he did while battling foul trouble. The freshman picked up a quick two fouls, forcing him to the bench, and he finished the first half with three fouls.

And here's one of Hammons' FIVE blocks: