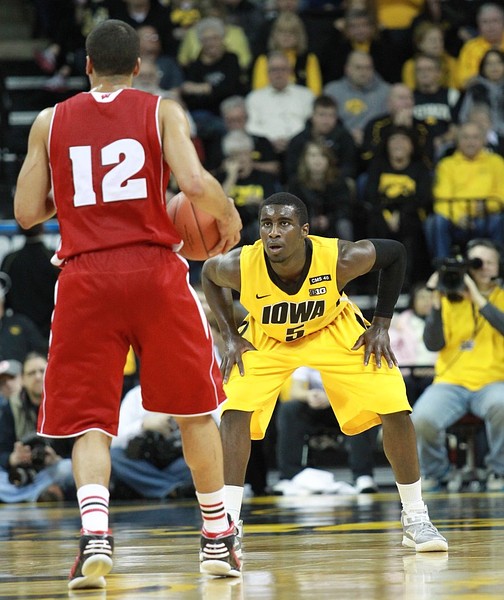 The "CMS40" patch and warm up shirts Iowa wore Saturday were a nice touch to honor former Hawkeye Chris Street on the 20th anniversary of his death. The Hawkeyes wanted to do even more to remember Street, however the NCAA nixed the team's first idea. According to HawkCentral.com, the NCAA wouldn't grant Iowa permission to wear special jerseys with "STREET" on the nameplate.

The decision is a bit of a surprise, considering the NCAA let Xavier wear "SANDY HOOK" on the front of its jersey following the Newtown, Conn., school shootings, in addition to other similar requests.

?If you read the rule itself it?s pretty self explanatory,? Iowa coach Fran McCaffery told HawkCentral.com. ?In that case it would have to be an exception granted. And I think the issue was there have been so many exception requests, I think they decided, ?The rule stands as it is. And that?s pretty much what it was.?

Instead, Iowa went with the "CMS40" patch on the left shoulder of its jersey and put Street?s gold No. 40 jersey on the first chair of the Iowa bench, where it stayed for the entire game.

Iowa also honored Street's parents and every winner of the Chris Street Award, handed out annually to the player who best embodies the enthusiasm and passion of Street, in a special halftime ceremony.