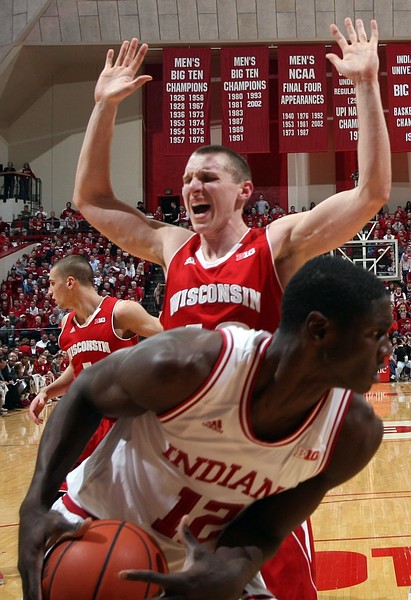 BTN analyst Tim Doyle has been repping Jared Berggren's underrated athleticism for some time now. To be fair, it's pretty easy to do so after the Wisconsin senior threw down the second dunk in this clip vs. Penn State.

Berggren flashed the athleticism again in Tuesday's upset at No. 2 Indiana, posterizing Victor Oladipo, a guy used to being on the other end of the poster. Watch the dunk now and see Twitter reaction to the slam in this post.

Here are the tweets following the slam:

The dunk was so nice, apparently, it got Ben Brust, he of zero career dunks, in the dunking mood:

And here are some of Berggren's other best dunks from this season: