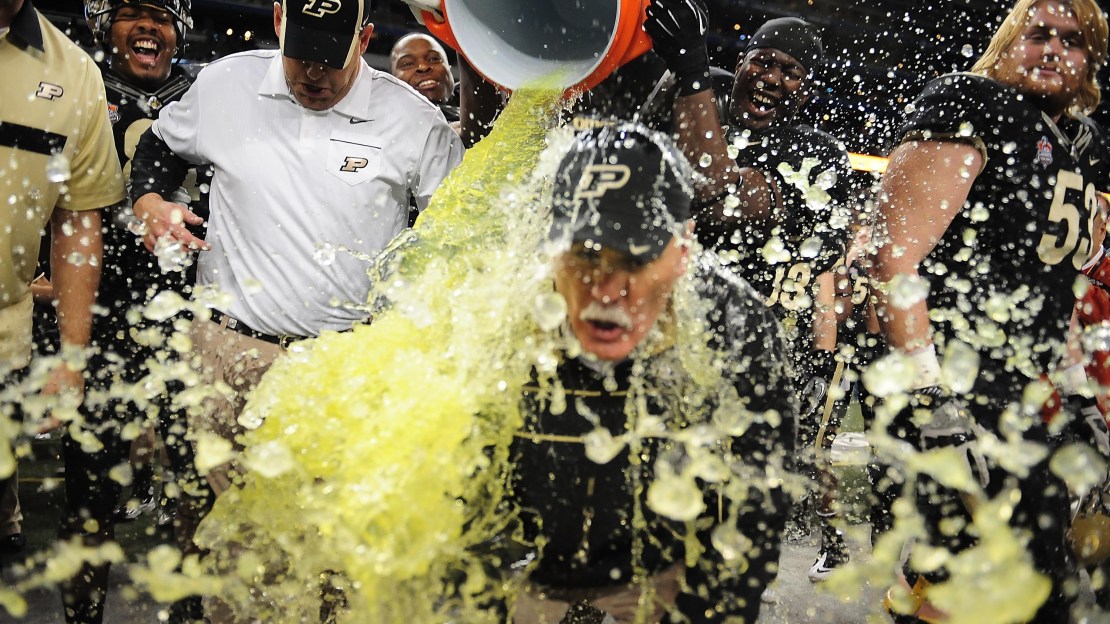 Purdue fired football coach Danny Hope on Sunday. In four seasons as the head man, Hope went 22-27 overall and 13-19 in the Big Ten. With Saturday's win over Indiana, he got the Boilermakers (6-6) to their second consecutive bowl game. In the end, though, it wasn't enough. Several of Hope's players went to Twitter to react to the news. See some the tweets in this post.

We'll give everything we have to win one more game for ya, coach. Can't wait for the bowl game.

Whatever may be said, let there be no doubt about this: Purdue Football is in a better place than when Coach Hope took over, in every way.

I have the utmost respect for Coach Hope. He gave me a chance to pursue my dreams and do something I never thought possible. Thank you.

This bowl game is for the Seniors and Coach Hope.

Coach Hope believed in me and gave me an opportunity to play Big Ten Football. I thank him for that.

After all the bad things going on in his life, he still walks away with a smile on his face.

Anger and frustration… Just flat out shocked and speechless

The school also announced Hope will receive a $600,000 buyout and that wide receivers coach Patrick Higgins will serve as the interim coach for the bowl game.