What to do with Big Ten divisions? 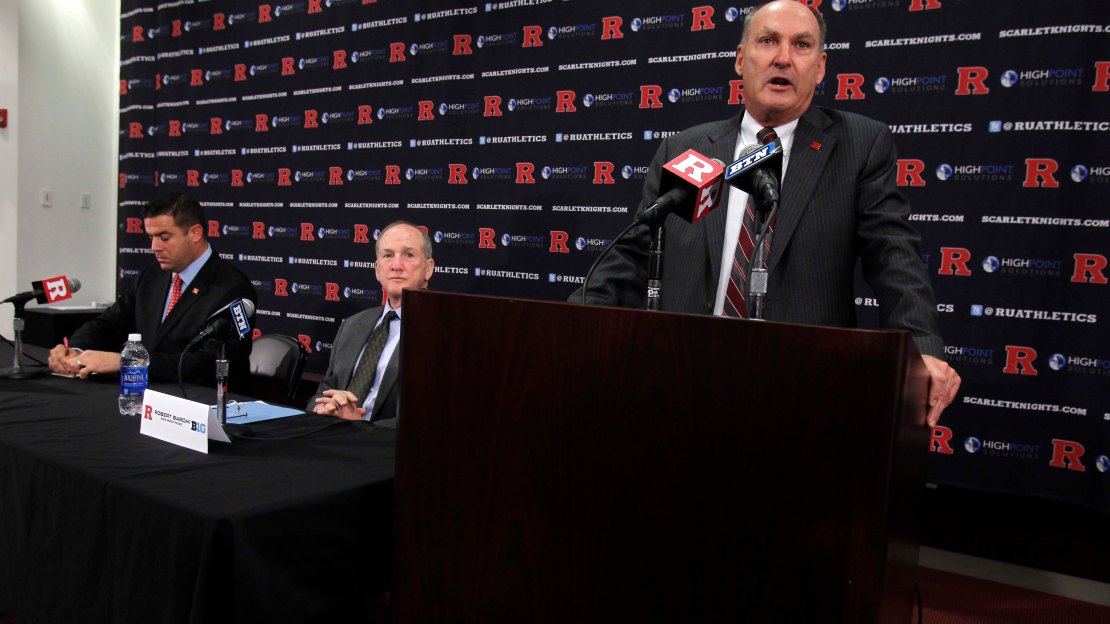 As BTN's Gerry DiNardo mentioned during Tuesday's coverage of Rutgers joining the Big Ten, there are three variables to consider when creating the conference's new divisions: 1. Competitive balance; 2. geography; and 3. rivalries.

Right now, no one knows how the new divisions will look, and that includes commissioner Jim Delany. Said Delany on the rumors out there: "Those are news to me."

The only thing that's a guarantee is there will be change. Whether it's moving Illinois to the Legends and throwing Maryland and Rutgers into the Leaders – one of the popular rumors – or something else, we'll just have to wait and see.

Either way, these are the same three elements the conference considered when it created the Legends and Leaders. This time around, which criteria should the Big Ten view as the most important?

The question intrigued DiNardo, who said he thinks geography might make the most sense.

He's right. After all, Delany and the Big Ten invited Maryland and Rutgers to provide Penn State with a dancing partner, as they've called it. That being the case, it's hard to believe they would welcome these teams and not hold geography in high regard.

But competitive balance and rivalries are important, as well.

Rivalries, you ask? This is the Big Ten, home to several of the nation's oldest and most popular trophy games, so it's something that can't be taken lightly. But the best rivalries can be preserved, regardless of divisions, with the conference's protected rivals and the possible addition of a ninth conference game. Plus, new rivalries can be created, by the sheer fact of playing a division opponent every year.

Regardless, it will be interesting to see what Delany and the conference deem the most important. Until then, we must wait for Delany and the schools' athletic directors to figure it all out.

@BTNBrentYarina rivalries. Not sure who would say geography

@BTNBrentYarina geography and as its set up you can have an even split.

@BTNBrentYarina there is competitive balance in the geography so they should stop over thinking.

@BTNBrentYarina better names. Can we get rid of leaders and legends?

@BTNBrentYarina tough call. Tempted to say rivalries, since it'd be nice to keep some feeling of tradition.

@BTNBrentYarina Geography. I do not want to see Ohio and Michigan play two straight weeks. It will ruin THE GAME.