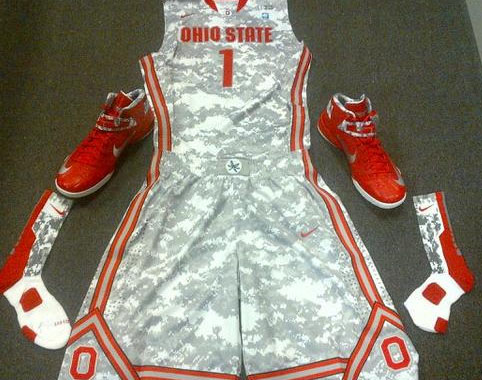 Camouflage is in. A day after Michigan State unveiled its camo look for this week's game in Germany, Ohio State released its uniform for Friday's Carrier Classic. And much like the Michigan State uniform, it's hardly lacking in the camo department. You'll find it on the jersey, shorts, socks and shoes.

The Buckeyes will play Marquette in the second annual Carrier Classic in Charleston, S.C., at 7 p.m. ET. In last year's inaugural event, then-No. 1 North Carolina topped Michigan State, 67-55. Here's what the Spartans wore in the game.