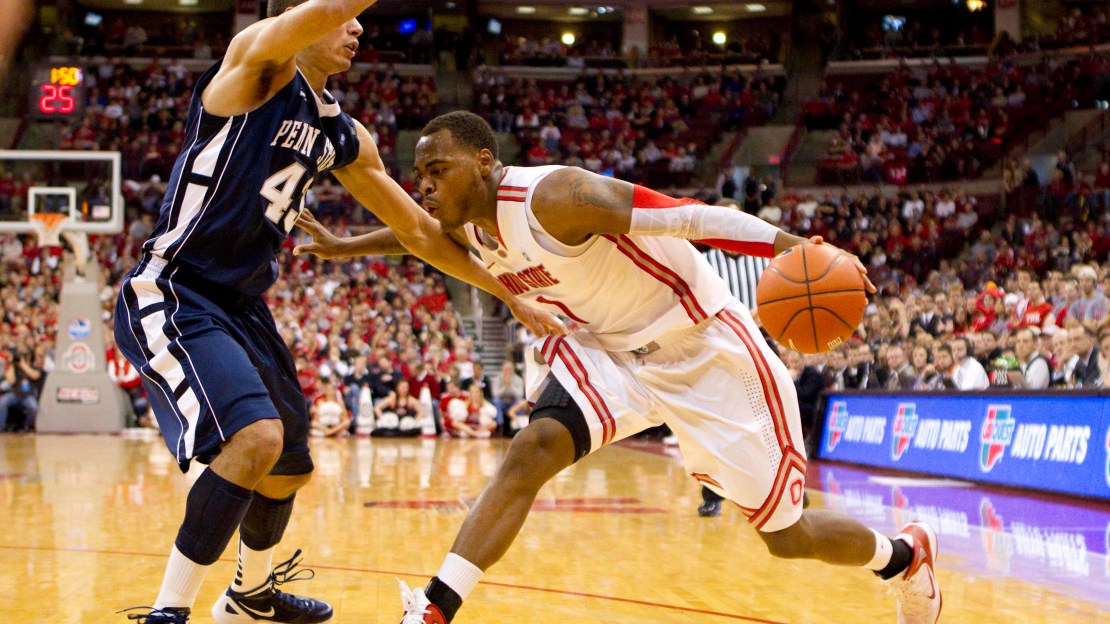 BTN.com's Brent Yarina continues to unveil his 2012-13 preseason Big Ten Player Rankings one by one. The countdown goes in reverse order, of course, and each installment includes player stats and one video highlight from last season. Once the season starts, Yarina will release a weekly Player Rankings every Monday. Up next: Ohio State's Deshaun Thomas.

Why he?s No. 3: We all witnessed Thomas' strong NCAA tourney performance that helped lead Ohio State to the Final Four. On the way to New Orleans, the then-sophomore averaged 21.8 points per game and shot 52 percent. Thomas' postseason play got the attention of NBA scouts, but he decided to return for his junior season. That's bad news for the Big Ten, because the lefty is one of the conference's deadliest scorers. Just think, if Thomas averaged 15.9 points with William Buford and Jared Sullinger around, what will  he do as the clear-cut No. 1 option? We're about to find out.

Why he may not live up to ranking: The obvious: Thomas isn't a huge fan of playing defense, although he has improved over his two-year career. Not to be ignored, the junior will be the focal point of the opponent's scouting report after playing his first two seasons alongside the aforementioned Buford and Sullinger. This is a guy who many joke hasn't met a shot he doesn't love, so his efficiency could dip quite a bit this season.