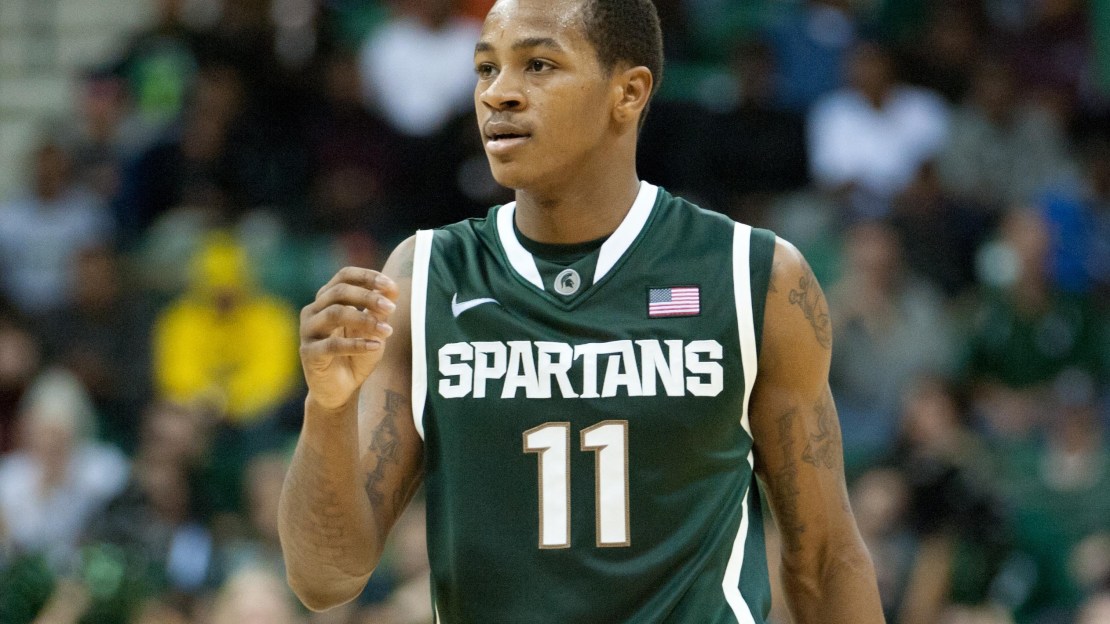 BTN.com's Brent Yarina is unveiling his 2012-13 preseason Big Ten Player Rankings one by one. The countdown goes in reverse order, of course, and each installment includes player stats and one video highlight from last season. Once the season starts, Yarina will release a weekly Player Rankings every Monday. Up next: Michigan State's Keith Appling.

THE COUNTDOWN
No. 10: Jared Berggren, Sr., Wisconsin
No. 9: Branden Dawson, So., Michigan State

Why he?s No. 8: Aaron Craft gets all the attention for his terrific defense, but Appling can lock down the opponent quite well himself. Frankly, the two are much closer defensively than the media makes it out to be. Appling, as we've seen in his first two seasons, is more effective/comfortable as the off-guard. It's one of the reasons Draymond Green played a lot of point-forward last season. The good news: Travis Trice is a promising sophomore who can handle the rock. Regardless of Appling's role, he contributes in many ways, and on both sides of the floor. The junior can get to the basket, create his own shot, draw a foul, distribute and defend.

Why he may not live up to ranking: Appling shot 42.7 percent last season, and that was with teams having to account for the previously mentioned Green, the eventual Big Ten Player of the Year. Green is in the NBA now, which means Appling moves up the opponent's scouting report. Appling's struggles from downtown last season (25 percent) also are a bit concerning. This was a guy who drained 41 percent as a freshman, but didn't hit more than one trey in any of the final 23 games.