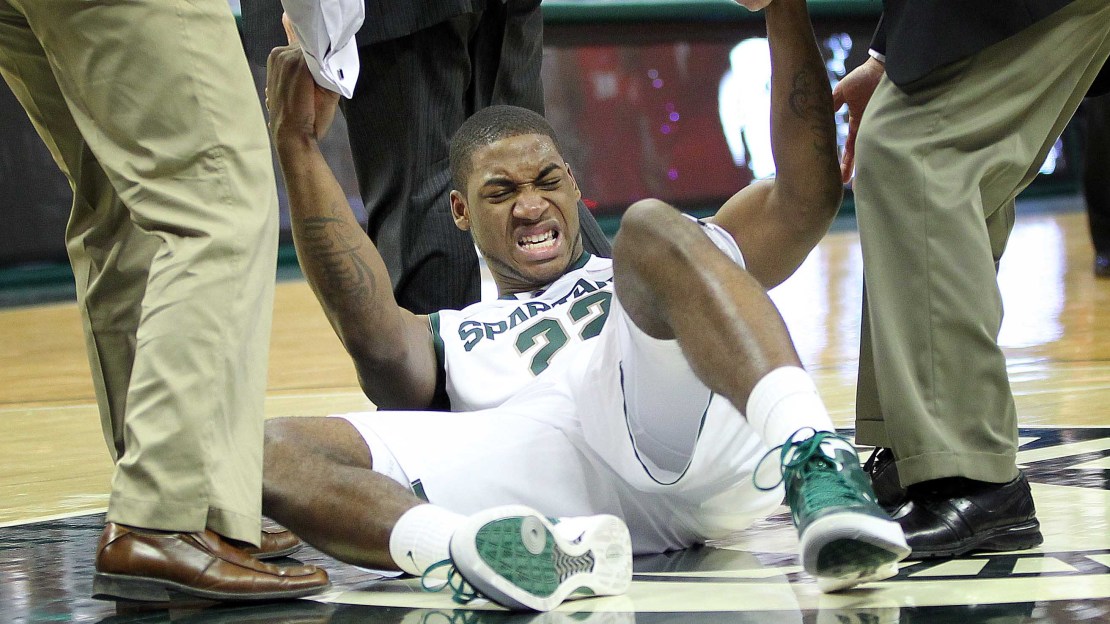 BTN.com web editor Brent Yarina is unveiling his 2012-13 preseason Big Ten Player Rankings one by one. The countdown goes in reverse order, of course, and each installment includes player stats and one video highlight from last season. Once the season starts, Yarina will release a weekly Player Rankings every Monday. Up next: Michigan State's Branden Dawson.

Why he?s No. 9: Dawson is a physical specimen who looked nothing like a true freshman last season. We were just seeing the best of him, too, when he suffered his season-ending knee injury down the stretch. In the 11 previous games, the 6-6 forward averaged 9.5 points and 5.3 rebounds, highlighted by his first two career double-doubles. Assuming  the knee is ready, and the reports are favorable, Dawson will be an all-around star and one of the Big Ten's elite rebounding threats. Consider this: Dawson averaged 4.5 rebounds per game as a freshman while battling Draymond Green, the conference's leading rebounder (10.4) and eventual Big Ten Player of the Year, for every miss.

Why he may not live up to ranking: The surgically repaired knee. And I included the picture above for that very reason. This may be a lofty ranking, and it's based on potential and the assumption Dawson bounces back and doesn't suffer any lingering effects. Even if Dawson returns as the same athletic marvel, he only has 31 games of experience and needs to get back in game shape.