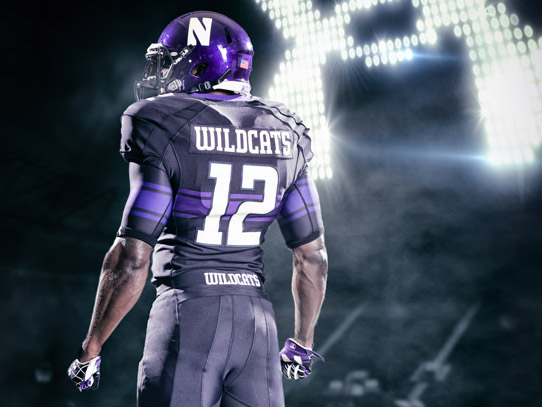 It will be a blackout Saturday at Ryan Field for Northwestern's highly anticipated tussle with Nebraska. The Wildcats, who last week wore black pants on the road for the first time this season, announced Monday that they will debut a new black Under Armour jersey and sport an all-black uniform this week.

While an all-black look is nothing new for Northwestern – it wore it last season vs. Michigan – it's something that should only add to what figures to be a great atmosphere at Ryan Field. Not only are the Wildcats 6-1, they're hosting a national power in Nebraska, which they beat in thrilling fashion last season in Lincoln.

Throughout Saturday's game, we'll provide live quarterly recaps and post video highlights on our Nebraska at Northwestern page. Bookmark it now for our pregame coverage and come back during the game.

Here's a closer look at the new jersey: