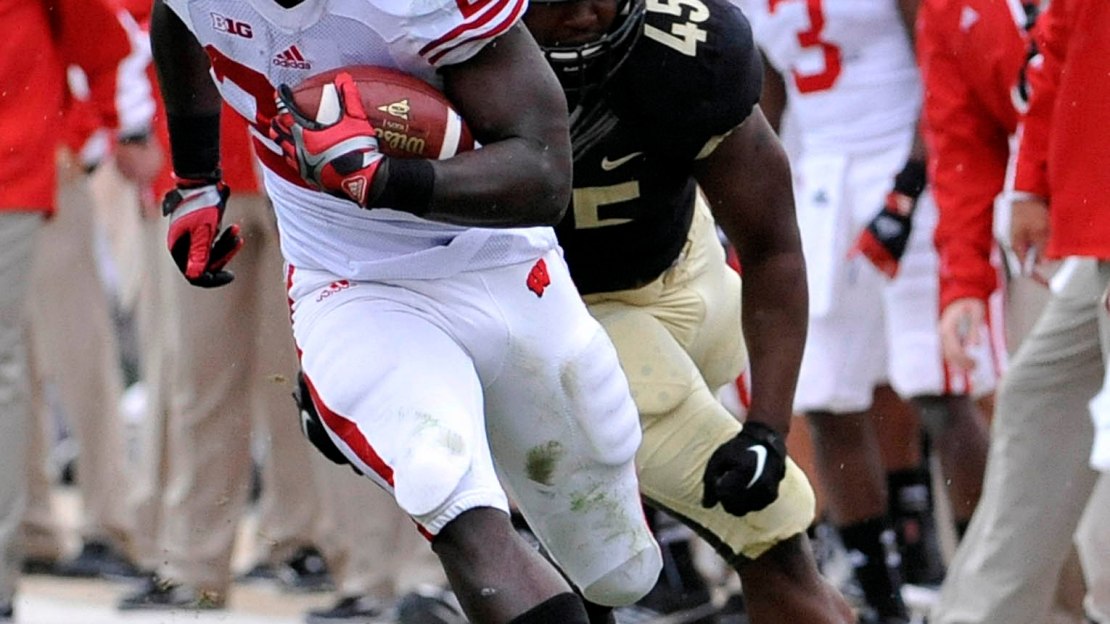 Montee Ball and the Wisconsin offense sure look like they are back. While still not nearly as explosive as last season's unit, the offense has found its footing. After all, it went for 645 yards of offense in its 38-14 win at Purdue.

But where do the Badgers land on  my Week 8 Power Rankings? Find out in this post.

1. Ohio State (7-0, 3-0). The Buckeyes marched to 7-0 with a less-than-vintage 52-49 win at Indiana. And, there doesn?t appear to be any end in sight to the losing. But that defense? Well, I?m a bit concerned. Still, this is a motivated, talented and focused team that is aiming for the AP national title. I can?t wait for games at Wisconsin and vs. Michigan.
Last week: 1
Up next: Purdue

2. Michigan (4-2, 2-0). The 4-2 Wolverines have come to life with the start of Big Ten play, waylaying Purdue, 44-13, and whipping Illinois, 45-0. Now, Michigan will take lots of momentum into a home game with the slumping Spartans who have won four in a row vs. the Wolverines. Think Michigan will be motivated?
Last week: 2
Up next: Michigan State

3. Penn State (4-2, 2-0). The 4-2 Nittany Lions cooled their heels with an off week after ripping off four wins in succession. Will the time off be a bad thing? Regardless, this team remains one of the nation?s biggest surprises.
Last week: 3
Up next: at Iowa

[RELATED: Dienhart: What I learned in Week 7]

4. Northwestern (6-1, 2-1). The Wildcats? 21-13 win at Minnesota made Northwestern 6-1 and bowl-eligible for a sixth season in succession, believe it or not. Now, Pat Fitzgerald and the Wildcats have their eyes set on making a run at the Legends Division crown.
Last week: 4
Up next: Nebraska

5. Wisconsin (5-2, 2-1). The Badgers looked like the 2011 Badgers in the 38-14 win at Purdue, notching 645 yards-the second most ever in a game for Wisconsin. Montee Ball enjoyed a breakout game with a career-high 247 yards rushing for a team that looks like it?s hitting its stride with two wins in a row after an uneven beginning.
Last week: 7
Up next: Minnesota

[RELATED: Dienhart: Go ahead and book that trip to Indy, Badger fans]

6. Iowa (4-2, 2-0). Looky here: The Hawkeyes? gutty 19-16 double-overtime win at Michigan State puts them in the thick of the Legends Division race with a 2-0 Big Ten mark. Kudos to the defense, which has played pretty well all season. The offense? It still has room to grow.
Last week: 9
Up next: Penn State

7. Nebraska (4-2, 1-1). Bo Pelini laid it out last week after the 63-point debacle vs. Ohio State, saying the 4-2 Huskers needed to win out. It all starts now after an off week. Games remain vs. Michigan, Michigan State, Iowa and Penn State, among others.
Last week: 6
Up next: at Northwestern

[RELATED: How did we do? Week 7 picks revisited]

8. Michigan State (4-3, 1-2). The 19-16 double-overtime defeat to Iowa was the Spartans? third home loss this season. And it comes on the heels of a near-loss at Indiana last week. Michigan State is 4-3 overall and 1-2 in the Big Ten. And it seems to have no direction.
Last week: 5
Up next: at Michigan

9. Minnesota (4-2, 0-2). The Cinderella story may be over with the 21-13 home loss to Northwestern, which was the Golden Gophers? second defeat in a row. Now, Minnesota may struggle to even qualify for a bowl with a tough remaining schedule.
Last week: 8
Up next: at Wisconsin

11. Indiana (2-4, 0-3). The struggles continue for the Hoosiers, who have now lost four games in a row after a valiant 52-49 home loss to Ohio State. Indiana needs to limit big plays on defense while continuing to hone the ground game on offense. The question looms: Will IU win a Big Ten game this season?
Last week: 12
Up next: at Navy

12. Illinois (2-5, 0-3). A 45-0 loss at Michigan epitomized what?s wrong with the Fighting Illini-just about everything. And now, quarterback Nathan Scheelhaase is hurt again. Illinois is off next Saturday, which may be just what this discombobulated team needs.
Last week: 11
Up next: Off (Indiana, Oct. 27)