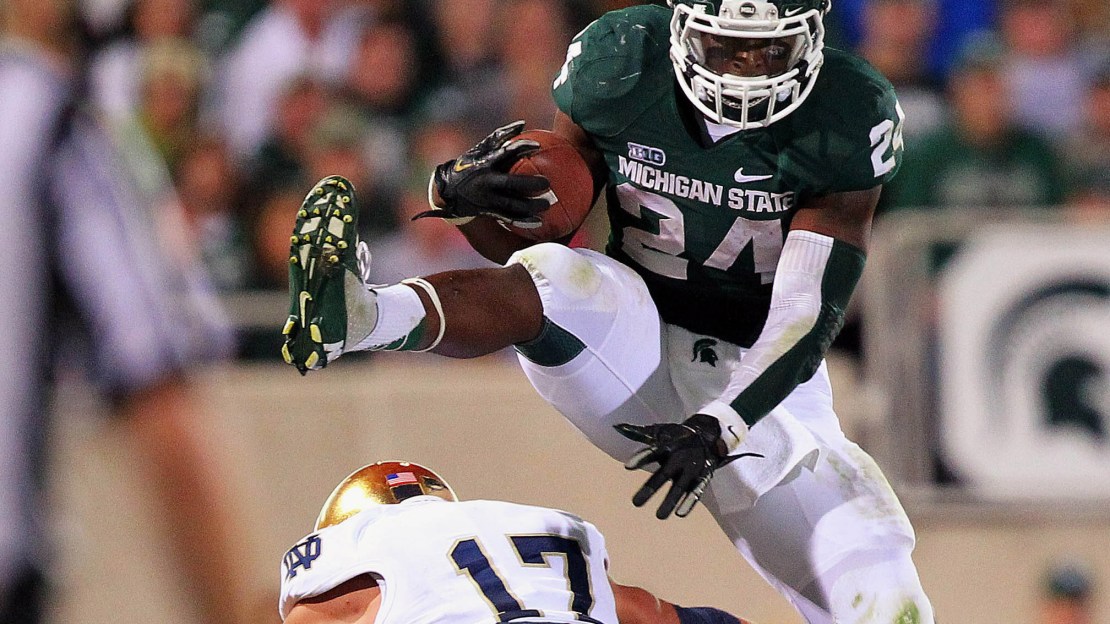 Phil Steele released his 2012 Midseason All-American Teams on Wednesday, and all things considered, the Big Ten was represented pretty well. In all, there were 14 honorees, including two first-team players and four second-team players. See all of Steele's Big Ten standouts in this post.

Biggest snub: Kawann Short, DT, Purdue – Maybe I'm too high on the terrific defensive tackle, but I think he's worthy of inclusion on this list. It's even more the case when one considers seven Big Ten defenders, including two defensive linemen, were honored.

Biggest surprise: Ryan Shazier, LB, Ohio State – Look, Shazier has had a terrific season thus far. Thing is, there are a lot of standout linebackers, ones with much bigger names and ones who entered the season with far more fan fare, so it's nice to see the Buckeye honored for his str0ng play.

Too high: Le'Veon Bell, RB, Michigan State – Bell is a stud, no doubt about it, but a lot of his production is the result of high usage (171 carries/28.5 pg). Plus, he's only averaging 3.3 yards per carry and 81 rushing yards in three games against BCS foes, including a date with Indiana's porous rush defense. Yes, Bell's the Big Ten's most complete back and his hurdling runs are jaw-dropping, however he's averaging a pedestrian 4.5 yards per carry on the season.

Too low: Michael Mauti, LB, Penn State – There are more athletic and intimidating linebackers, however it would be tough to argue there's anyone – Manti Te'o aside – who has meant more to his defense than Mauti. You name it, the senior leader has done it. Check out these numbers: 57 tackles, 2.5 tackles for loss, 1.5 sacks, two interceptions, four passes defended, one fumble recovery and two forced fumbles.