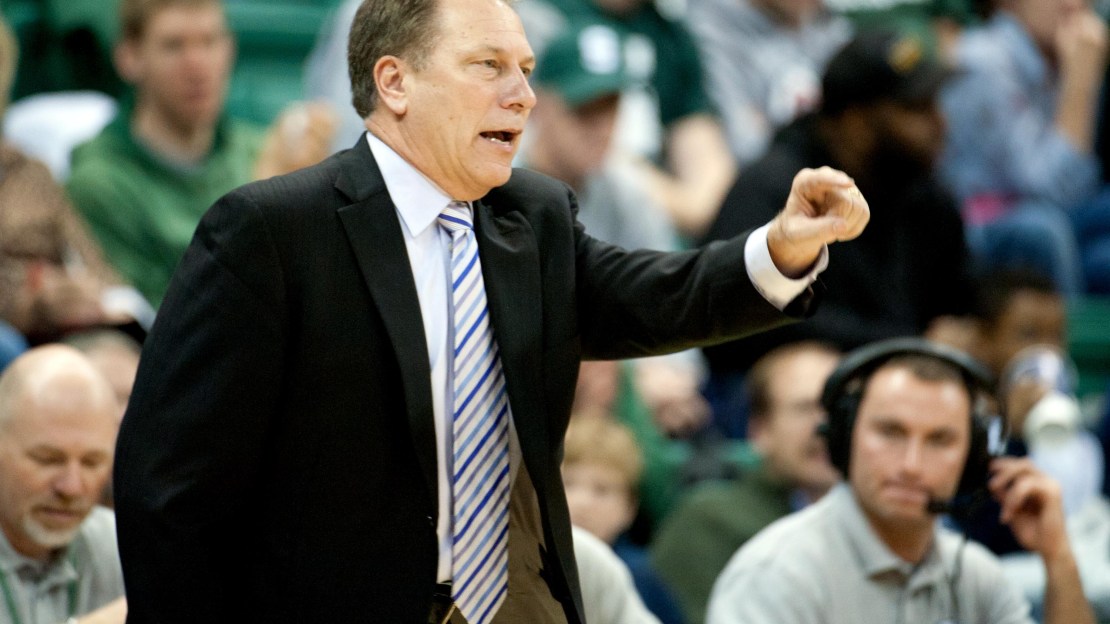 Nike Pro Combat uniforms are nothing new to college football. But college basketball, that would be something we've never seen. According to Diamond Leung, of MLive.com, the Spartans may became "either the first or one of the first teams chosen to wear Nike Pro Combat basketball uniforms this season."

Michigan State AD Mark Hollis announced the possibility Wednesday. And to be honest, it's no surprise the Spartans may be the first hoops program to don the Pro Combat uniform. Hollis is a forward-thinking man, one behind the aircraft carrier game last season and the creation of the star-studded 2017 tournaments to celebrate Phil Knight's 80th birthday, among other things.

This is just another way to attract future recruits and get your current players excited about something new and cool. The Michigan State football team, of course, wore Pro Combat uniforms last season.