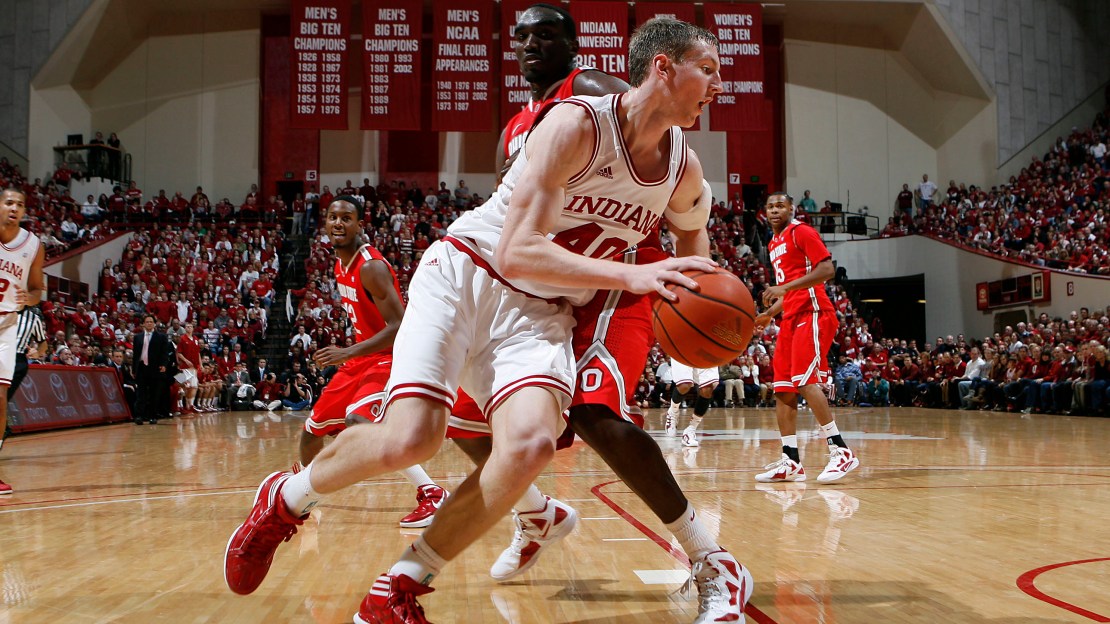 Expect big things from the Big Ten on the hardwood this winter. CBSSports.com's Preseason All-American Teams, released Monday, is pretty good proof of that. The site named Indiana sophomore Cody Zeller its National Player of the Year and honored a total of six Big Ten stars on its six teams.

Let's take a look at the honorees, with what CBS says about them:

"The youngest of the Zeller Boys is also the most talented. He lived up to the hype in Bloomington, averaging 15.6 points and 6.6 rebounds. Zeller runs extremely well, is a force on the defensive end and can also score in the post and also on the perimeter. There's truly not much the Hoosiers star can't already do — and he's only going to get better as his body continues to develop."

"Came out of nowhere a year ago to establish himself as one of the elite point guards in the country. The entire offense was built around Burke last season and he took advantage, averaging 14.8 points and 4.6 assists per game. Burke will have no shortage of weapons this season with the addition of a strong freshman class, but his leadership may be as important as anything in Ann Arbor."

Craft: "He doesn't look the part, but Craft can play. He brings everything to the table — defense, leadership, passing, intangibles — except for a consistent perimeter shot. Craft will need to be more assertive on the offensive end with the departure of Jared Sullinger and William Buford."

Mbakwe: "It's still unclear how the athletic big man's knee will respond after the season-ending injury just seven games into the season. He was averaging 14.8 points and 10 boards per game at the time and is a relentless rebounder who could make the Gophers legitimate Big Ten contenders — as long as he's at or near 100 percent."

Thomas: "Tinkered with the idea of leaving after last year, but now he'll be the go-to guy for Thad Matta. Thomas can flat-out score. He averaged 24.3 points in the first three games of the NCAA tournament and has the ability to get baskets from just about anywhere on the court."

"Kentucky won a national championship last season with a freshman point guard. Don't be surprised if Indiana does the same thanks to Ferrell on the perimeter and Cody Zeller inside."

BTN.com thoughts: This is a very good list. Everyone is accounted for, and there's even one surprise: Mbakwe. No one can argue Mbakwe's talent or ability, but the forward is coming off a season-ending knee injury. How will he bounce back, and how will he mesh with a roster that isn't used to playing with him? If he stays healthy and returns to his previous level of play, Mbakwe should live up to CBS' expectations.