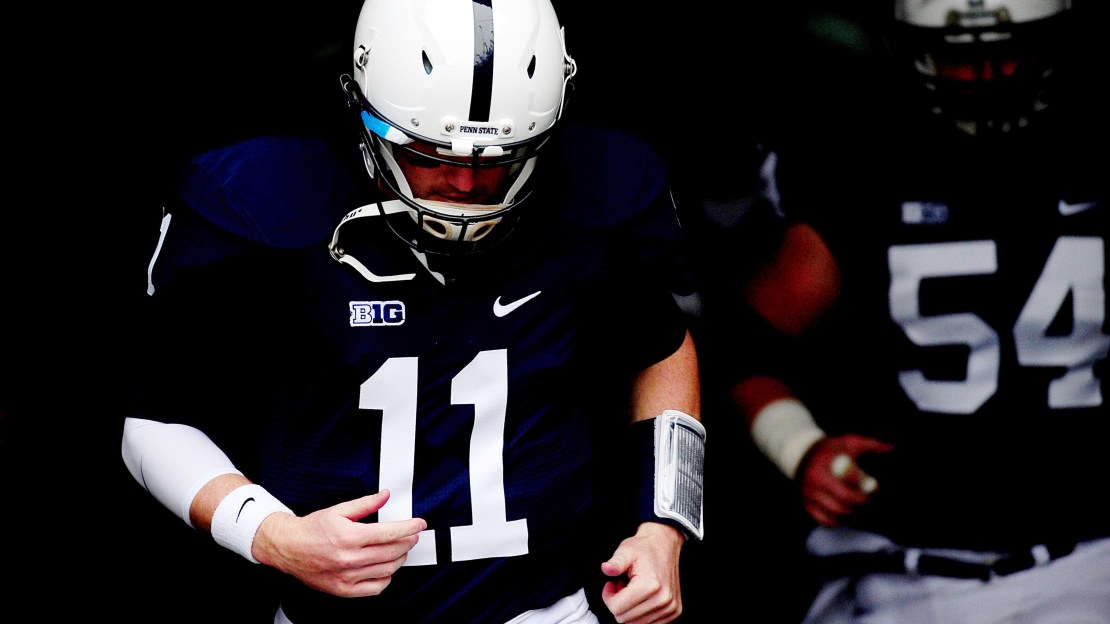 With Week 6 behind us, it's time for my latest Big Ten Player Rankings. Again, I'm doing these a little different this year. Whereas I used to rank the top 10 players – a practice that was tough due to all the talent on both sides of the ball – I'll rank the top six offensive and defensive players each week.

And in case you're wondering, here are Miller's games to date this season:

2. Matt McGloin, QB, Penn State – It isn't always pretty, but McGloin continues to tear it up every Saturday. The senior leads the Big Ten in passing yards (1,499), is tied for first in touchdown passes (12), and is tied for the fewest interceptions (2) among Big Ten among quarterbacks who have started at least five games. What's more, McGloin has five touchdown runs.
Week 6 stats: 35-51, 282 yards, 2 TD, 0 INT; 1 rush TD | 2012 stats
Previous ranking: No. 6

3. Venric Mark, RB, Northwestern – Up against his stiffest test of the season, Mark averaged a solid 5.5 yards per carry and scored a touchdown versus Penn State's talented defense. The athletic junior also took his second punt of the season to the house, this one of the 75-yard variety (Watch the return), and now has nine total touchdowns.
Week 6 stats: 13 car., 72 yards, 1 TD; 75-yard punt return TD | 2012 stats
Previous ranking: No. 2

5. Le'Veon Bell, RB, Michigan State – Another week, another hurdle (Watch the hurdle). That's Bell's third hurdling run, if you're interested in that kind of thing. The highlight aside, Bell wasn't as efficient as most expected against Indiana's weak run defense. The 121 yards and two touchdowns were great, but it came on 37 totes (3.3 yards per carry).
Week 6 stats: 37 car., 121 yards 2 TD; 3 rec., 7 yards | 2012 stats
Previous ranking: No. 4

T-6. Taylor Martinez, QB, Nebraska – For the first time this season, Martinez looked uncomfortable and made the awkward throws that left so many scratching their heads last season. Much of the credit goes to Ohio State's defense, in particular John Simon. Still, even on a bad night, Martinez accounted for three scores.
Week 6 stats: 15-25, 214 yards, 1 TD, 3 INT; 18 car., 40 yards, 2 TD | 2012 stats
Previous ranking: No. 3

T-6. Denard Robinson, QB, Michigan – No doubt, Robinson will never be an above average passer. But what he does on the ground is nothing short of remarkable. Thanks to his 235 rushing yards at Purdue – the fifth 200-yard rushing performance of his career – Robinson is the Big Ten's all-time leading rusher among quarterbacks.
Week 6 stats: 8-16, 105 yards, 1 TD, 0 INT; 24 car., 235 yards
Previous ranking: NR

DEFENSE
1. Kawann Short, DT, Purdue – Denard Robinson and the Wolverines torched Purdue for 44 points, the second consecutive game the Boilers have surrendered at least 41 points. The recent struggles are becoming cause for concern, but Short is doing his part.
Week 6 stats: 8 tackles, 1 TFL, 1 pass breakup
Previous ranking: No. 1

3. Chris Borland, LB, Wisconsin – Considering the way Borland's played this year and that he was facing Illinois' struggling offense, a big game was pretty much a guarantee. And Borland delivered.
Week 6 stats: 10 tackles, 1 FF, 1 pass breakup
Previous ranking: No. 3

5. Bradley Roby, CB, Ohio State – Two games ago, Roby blocked a punt; this past week, the exciting sophomore picked off two Taylor Martinez passes, one of which he took back for six points. This is a big-play guy who can cover with the best of them.
Week 6 stats:  4 tackles, 2 INT, 1 TD
Previous ranking: NR

6. Derrick Wells, S, Minnesota – Wells and Minnesota were off this past week following its first loss of the season. The bye week came at a good time, too, because Northwestern's diverse offense is up next.
Week 6 stats: Bye week
Previous ranking: No. 4