Dienhart: What I learned in Week 6 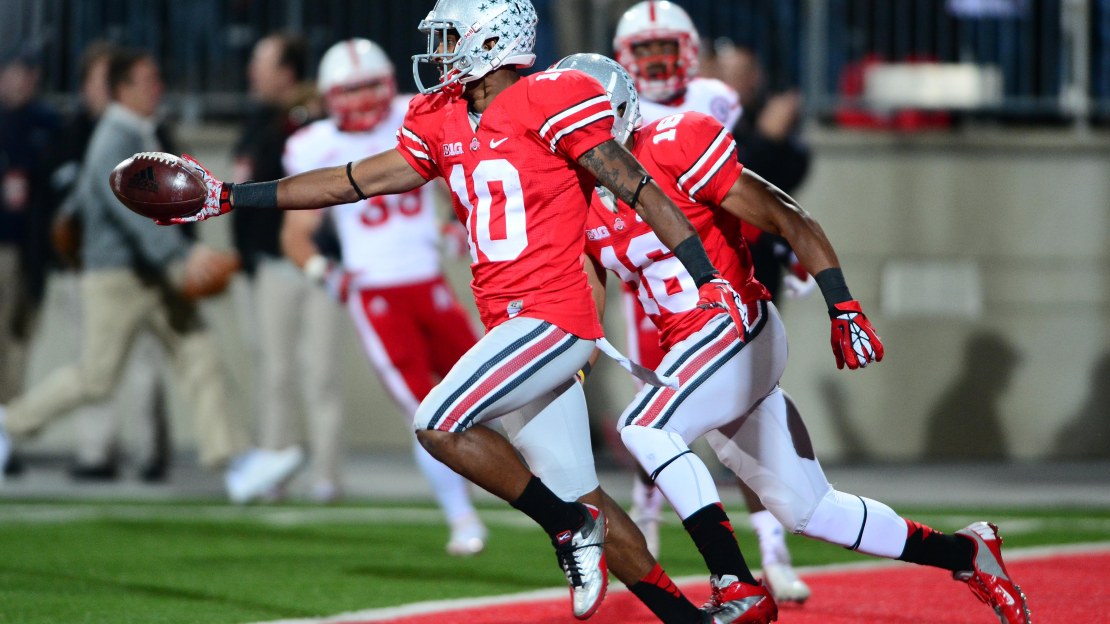 And then there was one. With its impressive victory over Nebraska on Saturday, coupled with Northwestern's loss at Penn State, Ohio State is the Big Ten's final unbeaten team. At 6-0, the Buckeyes are cruising. Up next: at Indiana.

The Buckeyes were the biggest story Saturday, but what else did I learn from the Week 6 action? Find out in this post.

1. Michigan is ready to roll. Yes, the Wolverines had some rough spots in the non-conference going 2-2. Who can forget the losses to Alabama and Notre Dame? But Michigan impressed in demolishing Purdue, 44-13. And the lifting the rest of way won?t be nearly as heavy as it was vs. Bama and ND. The Wolverines? season will essentially come down to three games: Michigan State; at Nebraska; at Ohio State. Look out, Big Ten. Here come the Wolverines!

[RELATED: Dienhart: This is the Michigan we expected]

2. Wisconsin may be about to take command of the Leaders Division. With Ohio State and Penn State not eligible to play in the Big Ten title game because of NCAA probation, someone from the Leaders has to go to Indianapolis to play the Legends Division champ. The Badgers have won three of their last four after dismantling Illinois, 31-14. Next week, Wisconsin is at Purdue, which some felt was the favorite to get to Indy. Beat the Boilers, and there may be no stopping the Badgers.

3. Is there a game left on Penn State?s schedule that the Nittany Lions? can?t win? Maybe not. The 39-28 win over Northwestern was Penn State?s fourth in a row. The Nittany Lions are off this week and then play at Iowa. Then comes a visit from Ohio State on October 27 between the two best teams in the Leaders. Too bad the game won?t really mean much, since both are on probation and can?t play in the Big Ten title game or go to a bowl.

4. Ohio State is good. No, that?s not correct. Ohio State is REALLY good. The 63-38 win over Nebraska pushed the Buckeyes to 6-0, making them the lone unbeaten team in the Big Ten. This is a team on a mission to win all of its games. Who has the defense to stop Ohio State? I already can?t wait for Michigan?s visit to Columbus. Braxton vs. Denard. Urban vs. Brady. Let the hype begin.

[RELATED: Dienhart: "I'm not sure if anyone can beat Ohio State"]

5. Indiana will win a Big Ten game this season. It almost happened vs. Michigan State, as the Hoosiers had a 27-14 halftime lead. But Indiana-which hasn?t won a Big Ten game since 2010–didn?t score in the second half en route to losing, 31-27. The coaching staff had a good plan, and the offense is getting better. It?s just a matter of time for Kevin Wilson.