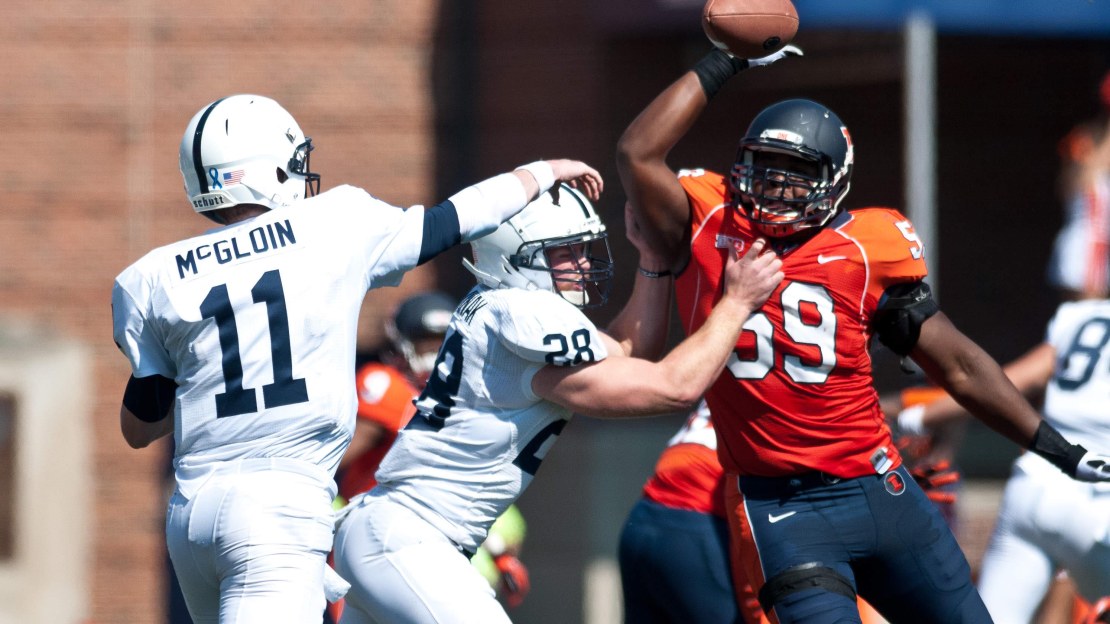 With Week 5 behind us, it's time for my latest Big Ten Player Rankings. Again, I'm doing these a little different this year. Whereas I used to rank the top 10 players – a practice that was tough due to all the talent on both sides of the ball – I'll rank the top six offensive and defensive players each week.

3. Chris Borland, LB, Wisconsin – Borland followed up one of the best games of his career with another extraordinary effort – even if it came in a loss. The two fumble recoveries were great, but it's a tackle (Watch it) everyone should remember.
Week 5 stats: 9 tackles, 1 TFL, 2 FR
Previous ranking: No. 5

6. Will Compton, LB, Nebraska – Compton played a huge role in helping shut down Wisconsin's offense in the second half, a performance that allowed the Huskers to rally from 17 points down and card the victory.
Week 5 stats: 10 tackles, 3 TFL, 1 sack, 2 pass breakups
Previous ranking: NR