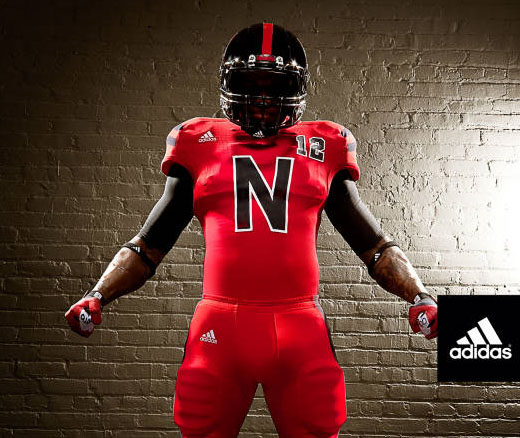 Saturday night's Wisconsin-Nebraska Big Ten opener didn't need a gimmick to prove it was a big game. There's one anyway, thanks to adidas and its inaugural "Unrivaled Game," an annual matchup of top adidas programs. The company has dubbed the tilt, "The Quick and the Red," and, as we've reported (Nebraska & Wisconsin), the two teams will wear new alternate uniforms.

And the Wisconsin uniform:

If it wasn't clear from the photos or photo galleries, the uniforms are of a similar design. Both feature red, naturally, and each jersey prominently showcases the school's letter on the front, in addition to player numbers on the upper left chest.

The design should look familiar to Big Ten fans, because it's the one adidas created for Michigan to wear in last season's Notre Dame game. Clearly, it's a look the company is proud of.

Which uniform do you like more? Tell us below: