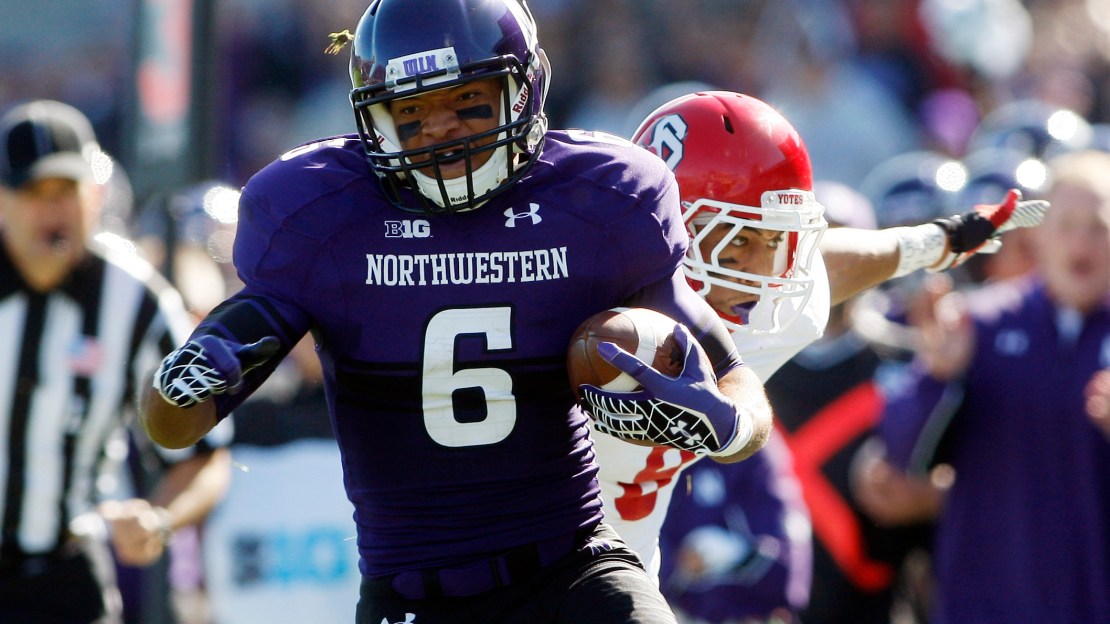 The Big Ten is home to three 4-0 teams after nonconference play. One of the perfect teams is no big surprise (Ohio State), while the other two are close to shocking (Minnesota and Northwestern). And you'll find all three on top of my latest Big Ten Power Rankings. See the complete list in this post.

1. Ohio State (4-0). The Buckeyes roll on, moving to 4-0 after opening the season with four home games. The defense didn?t allow a touchdown vs. UAB, and Braxton Miller continues to shine. But the offense needs more diversification.
Last week: 1
Next: at Michigan State

2. Northwestern (4-0). Raise your hand if you thought the Wildcats would open the season 4-0? That?s what I thought. In case you were wondering, Northwestern opened the 2010 season 5-0. This team isn?t going away, people.
Last week: 4
Next: Indiana

3. Minnesota (4-0). Is this the most surprising 4-0 team in America? The win over Syracuse allowed the Golden Gophers to surpass their win total from last season. And the calendar hasn?t even flipped to October. Amazing. Fear the Gopher.
Last week: 7
Up next: at Iowa

[RELATED: What Dienhart learned in Week 4]

4. Michigan State (3-1). The Spartans led only 9-7 over Eastern Michigan after three quarters before pulling away. This coming off an ugly home loss to Notre Dame. If Michigan State is going to reach its potential, the passing game needs to find life.
Last week: 2
Up next: Ohio State

5. Nebraska (3-1). A visit from FCS Idaho State was an elixir for whatever ailed the Cornhuskers, who have a bit of mojo heading into conference play. And it was great to see Rex Burkhead back in action.
Last week: 5
Next: Wisconsin

6. Michigan (2-2). The Wolverines have played two big games. And lost them both, to Alabama and Notre Dame. Should Michigan be judged harshly? No doubt, the Wolverines could have beaten the Irish, but for six turnovers. There still is a lot to build on for a young team.
Last week: 3
Next: off (at Purdue Oct. 6)

7. Purdue (2-1). Say ?hello? to the Leaders Division dark horse. Thanks to a terrific defense and offense that may be emerging, the Boilermakers are a legit dark horse in the Leaders Division. If not for a late-minute loss at Notre Dame, just think where Purdue would be ranked.
Last week: 6
Next: Marshall

8. Wisconsin (3-1). It wasn?t pretty. But it was a win over UTEP. And the offense showed some nice signs with redshirt freshman QB Joel Stave making his first career start. The Badgers may be back on track. But what about Montee Ball, who left the game early with a head injury?
Last week: 8
Next: at Nebraska

9. Penn State (2-2). The Nittany Lions very easily could be 4-0, not 2-2. Think about it. How about Bill O?Brien as the early leader for Big Ten Coach of the Year honors? Sounds about right. If not him, then Jerry Kill of Minnesota or Pat Fitzgerald of Northwestern.
Last week: 11
Next: at Illinois

10. Iowa (2-2). The Hawkeyes just can?t get on track, finishing non-conference play 2-2 after a 32-31 home loss to Central Michigan. The culprit this week was penalties, as Iowa had nine. The defense-especially vs. the pass–also struggled after playing well the first three games.
Last week: 10
Next: Minnesota

11. Illinois (2-2). The Illini are 2-2. And it?s an unimpressive 2-2. The wins have been at home over Western Michigan and FCS Charleston Southern. The losses have been beatings by Arizona State (road) and Louisiana Tech (home). This team needs something positive to happen. Right now.
Last week: 9
Next: Penn State

12. Indiana (2-1). The Hoosiers were off this week following that tough defeat at home to Ball State. The offense is playing well, but Indiana needs to tighten its defense to notch its first Big Ten win since 2010 and get on track for a bowl.
Last week: 12
Next: at Northwestern