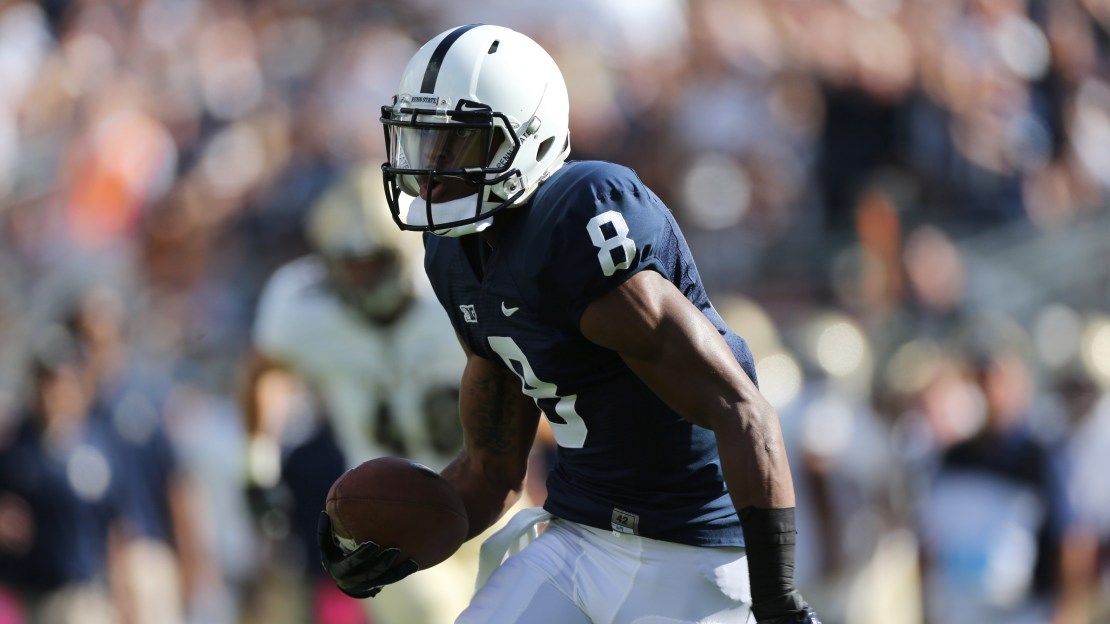 With Week 3 behind us, it's time for my latest Big Ten Player Rankings. Again, I'm doing these a little different this year. Whereas I used to rank the top 10 players – a practice that was tough due to all the talent on both sides of the ball – I'll rank the top six offensive and defensive players each week.

OFFENSE
1. Braxton Miller, QB, Ohio State – Miller only completed 53 percent of his passes, but he tossed a career-high four scoring strikes, including the game-winning 72-yard touchdown to Devin Smith. The sophomore quarterback also ran for a touchdown, his fifth of the season.
Week 3 stats: 16-30, 249 yards, 4 TD, 1 INT; 12 car., 75 yards, 1 TD
Previous ranking: No. 1

3. Allen Robinson, WR, Penn State – What Robinson is doing in the passing game is nothing short of incredible. The guy not only has come out of nowhere to lead the Big Ten in every major receiving category, he's compiling these huge numbers as the only true weapon in the Penn State offense.
Week 3 stats: 5 rec., 136 yards, 3 TD
Previous ranking: NR

6. Venric Mark, RB, Northwestern – Mark continues to rack up the yards, whether it be on the ground, through the air or on returns, and the damage is coming against quality competition. In three games, against the likes of Syracuse, Vanderbilt and Boston College, Mark has totaled 590 yards (196.7 per game) and three touchdowns.
Week 3 stats: 18 car., 77 yards; 7 rec., 42 yards
Previous ranking: No. 6

[#BTN Live: Listen to all of our show's episodes]

2. Ra'Shede Hageman, DT, Minnesota – Pegged as one of the Big Ten's top breakout candidates this offseason, Hageman is more than living up to the hype. The guy is an absolute beast in the trenches.
Week 3 stats: 5 tackles, 1.5 TFL, 1 sack
Previous ranking: No. 3

3. Michael Mauti, LB, Penn State – Going up against a team like Navy, it was almost a guarantee Mauti would compile big-time numbers. And he did, for the third time in as many games.
Week 3 stats: 12 tackles, 2 TFL, 1 sack
Previous ranking: No. 6

[Related: How did we do? View Week 3 predictions]

5. Derrick Wells, S, Minnesota – Wells is making a name for himself in the Big Ten these first three weeks. From big plays (two interceptions in triple-overtime win at UNLV) to leading Minnesota's surprising defense in tackles in all three games, the guy has done it all.
Week 3 stats: 10 tackles, 2 pass breakups
Previous ranking: NR

6. Mike Taylor, LB, Wisconsin – Taylor leapfrogs teammate and fellow linebacker Chris Borland, another tackling machine, on this list due to his 15 tackles, 10 of which were of the solo variety, in Saturday's must-win victory over Utah State.
Week 3 stats: 15 tackles, 1 TFL
Previous ranking: NR

@BTNBrentYarina Denard Robinson is terrible. Even Steele Jantz is better. At least he can beat Iowa and I am a Hawkeye fan!