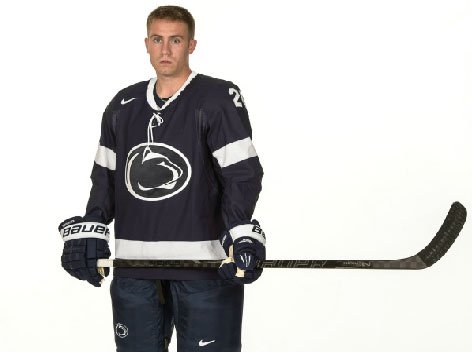 The Penn State men's hockey team begins play this winter, and on Tuesday afternoon, the program unveiled its uniforms. Nike designed the new threads, as it does for all Penn State teams. The Nittany Lions will have two combinations, one that's all-blue and another that has a white sweater and blue pants. See a couple pictures of the uniforms in this post.

[GoPSUSports.com: View a gallery of the new uniforms]

What about nameplates? That's a "yes" and a "no," as the white sweater includes player names on back but the blue does not.

According to the team, uniforms are for sale.

Fans can order jerseys at the Penn State Bookstore at the HUB and All-Sports Museum, or by calling 814-863-0205. #WeAre